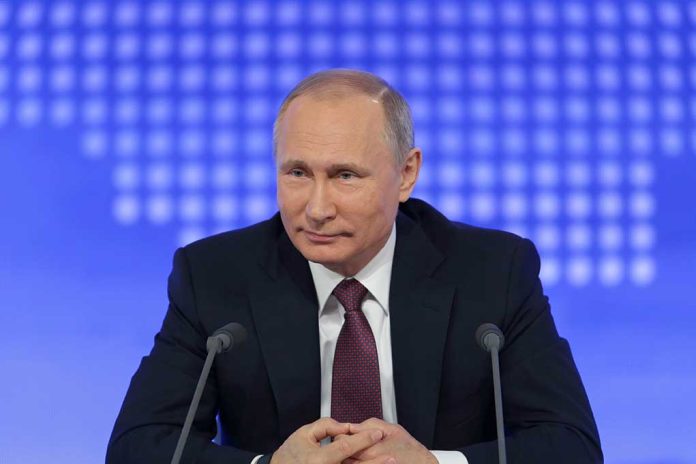 Will The West Allow Putin To Conquer Part Of Ukraine — And More?

(USNewsMag.com) – It’s been nearly four months since Russia invaded Ukraine and while its forces have suffered some setbacks, the Kremlin continues to push forward with its aggressions. To help fight off the Russians, Ukrainian President Volodymyr Zelenskyy hasn’t been shy about asking for military aid. However, some feel that sending equipment over is not the answer; they would prefer a more peaceful approach.

While the United States has already sent billions of dollars of aid to Ukraine to help them fight against Russian aggressors, other world leaders are trying to convince the two countries to agree to a ceasefire and negotiate. Among those are Germany’s Chancellor Olaf Scholz and France’s President Emmanuel Macron.

Gen. Jack Keane, a national security expert, broke down the approach of Western countries to aiding Ukraine on Fox Business:

While Poland, the UK, and the Baltic Islands are all in favor of Ukraine and pushing Russian forces out, Keane says on the other side there are “the French and the Germans – they’re not there.” This “stalemate” as Keane calls it, “favors the Russians rather dramatically.” He also said the United States – which has sent by far the most aid – sits somewhere in the middle, but is ultimately in favor of helping Ukraine succeed militarily.

Germany originally committed to sending aid to Ukraine, but according to The Kiel Institute, a German think tank, it has only sent approximately 35% of what it promised.

This fracture in the European Union and within NATO could work to Russian President Vladimir Putin’s advantage. According to former DIA Intelligence Officer Rebekah Koffler, this has been Moscow’s intent for years. The Kremlin wants to drive a wedge that ultimately works in its favor, so that it’s free to go in and take over regions without a united front against it.