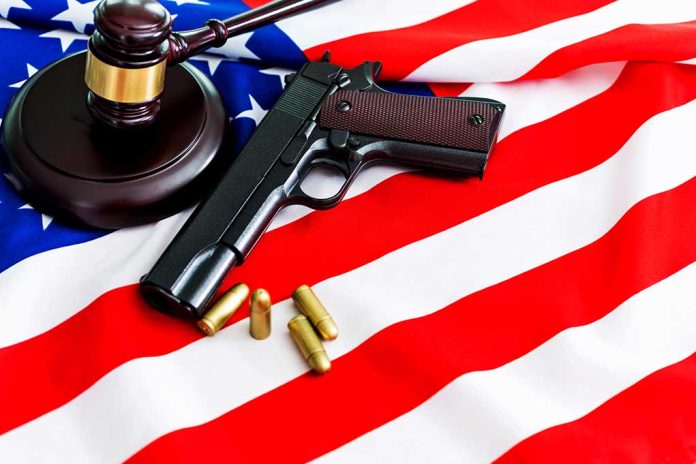 (USNewsMag.com) – The prosecution in the Kyle Rittenhouse case hasn’t had an easy time over the last couple of weeks. Judge Bruce Schroeder has reprimanded the district attorney for trying to introduce evidence he’d said was not allowed. One of the charges against the defendant was dropped after the prosecutor found out the accused was in legal possession of the firearm he had the night he killed two men and injured a third. Following that action, recently, the Assistant District Attorney mishandled a firearm in court.

During closing arguments on November 15, ADA Thomas Binger pulled out the weapon Rittenhouse used the night of the shooting. In full view of the media, the prosecutor raised the rifle, put his finger on the trigger, and pointed it at a wall in the courtroom.

Although the gun was obviously unloaded since it was an exhibit in the case, one can never be too sure or too careful when handling a firearm. It is never, ever safe to put a finger on the trigger unless the intention is to shoot someone or something. It’s also very dangerous. Had a bullet been in the chamber, maybe one missed by police before it was put into an evidence locker, then Binger could have killed someone in the courtroom.

The entire country just saw the news about actor Alec Baldwin shooting his cinematographer after assuming a gun was unloaded, and here we are, weeks later a prosecutor acts carelessly with a weapon in a crowded courtroom. It’s also ironic the prosecution argues that Rittenhouse was reckless with the weapon when he stood in the middle of a courtroom and behaved recklessly himself.

The jury is currently deliberating the charges against Rittenhouse.