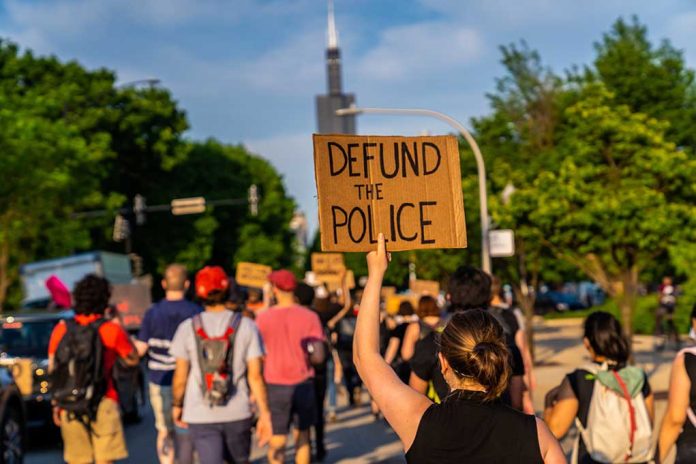 (USNewsMag.com) – Rep. Cori Bush (D-MO) is one of the most vocal proponents of the “defund the police” movement in Congress. During an interview in early October, she told CNN’s Don Lemon she still supports stripping departments of their funding even though it’s wildly unpopular. While the congresswoman wants to defund cops, she has ensured she has protection for herself.

According to reports, Bush spent almost half a million dollars on security for the 2022 election cycle. The Federal Election Commission records show her campaign paid $71,201.06 to Peace Security out of St. Louis. The campaign also paid nearly $30,000 to Nathaniel Davis and Cortney Merrits for security services. Strangely, both of them reported their addresses were the same as the congresswoman’s campaign headquarters.

The congresswoman has been paying for private security for at least a year. In 2021, CBS News questioned her about paying for the service when she still wants to defund the police. Bush seemed to get defensive and asked, “They would rather I die?” She claimed she’d had attempts on her life, saying she needs protection because she has “too much work to do.”

What do you think about the congresswoman paying for private security? Do you believe it’s hypocritical or think members of Congress should have protection?