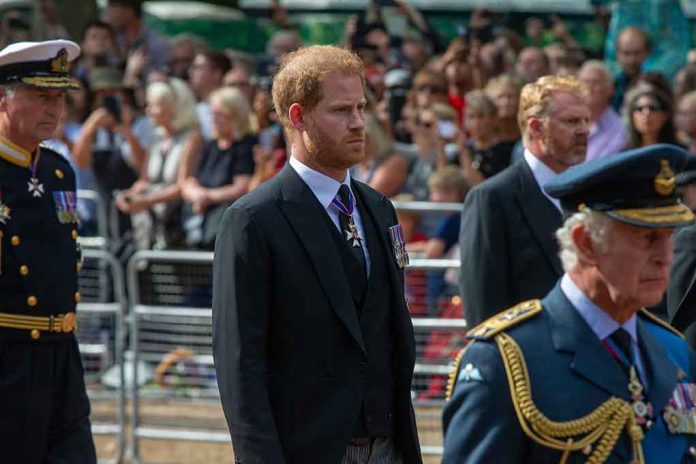 (USNewsMag.com) – Prince Harry had said that he felt “embarrassed” when he showed Meghan Markle Nottingham Cottage and that she compared it to a “frat house.”

The Duke of Sussex, 38, claimed that his six-year residence in London was “no palace” in his shocking memoir Spare, released yesterday.

Shortly after they began dating in 2016, the royal admitted that he had been looking forward to showing Meghan his residence, but he was concerned that the two-bedroom cottage might not meet expectations.

He said he was thrilled to welcome Meg to his home but was also humiliated. Nott Cott was no manor house. “The most you could say about Nott Cott was close to a palace.” (In location.)

Prince Harry claims he was “relieved” to see Meghan make her way up the garden path to his house and that she “gave no indication of disillusionment.”

But as the duchess entered the home, where the ceilings are “dolls’ house low,” everything changed.

“Then she said something about a ‘frat house,” he continued.

The Suits actress seemed especially dissatisfied with his beanbag chair, which matched his brown sofa. Prince Harry claims he had never noticed how “shabby” the furniture in his home was before. After Meghan moved in, Prince Harry recalled how the duo had used his future wife’s credit card to buy some Ikea lighting and a used sofa from sofa.com.

In a later chapter of the book, the Duke remembers being called to tea with the Prince and Princess of Wales, and once more, he talked about feeling “embarrassed” by how Nottingham Cottage looked compared to their “museum-like” setting.

The Prince and Princess of Wales lived in the two-bedroom cottage after getting married in 2011 before relocating to Apartment 1A, which is said to have 20 rooms in the main structure. Christopher Wren designed Nottingham Cottage, who also designed Hampton Court Palace and the Royal Hospital Chelsea.

The Duke and Duchess of Sussex’s first home together had minimal decoration; interior design expert Benji Lewis describes the living room as “cozy but approachable.” The former Nottingham Cottage underwent a £2.4 million refurbishment in 2018.