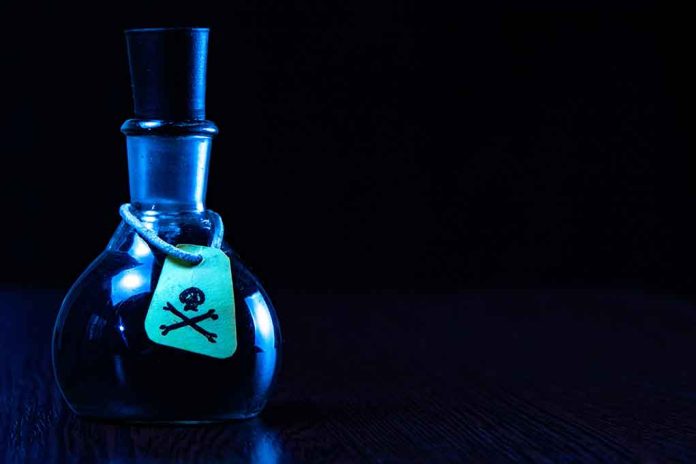 (USNewsMag.com) – There are hundreds of poisons that people can absorb through their skin. A woman from Texas believes she may have touched one of those toxins. Where she claims she came in contact with it is very unusual.

On August 16, Erin Mims and her husband went to a restaurant to celebrate her birthday. When they left the eatery, she allegedly noticed a napkin stuck up under her car door handle. She told Fox 26 Houston that she didn’t think about it and “just threw it out.” She asked her spouse if he put it there, but when he said he didn’t, she decided to go wash her hands.

According to Mims, her hands started to feel funny shortly after she left the restaurant. She reported having breathing trouble and chest pains. Her husband took her to the hospital, where she had a number of tests, including a CAT scan. Ultimately, doctors said she’d been poisoned, but she didn’t come into contact with enough of the substance for the tests to determine what it might have been.

Houston woman says she was poisoned after touching napkin on her carhttps://t.co/tBYUkAqZLZ

Southeast Houston Poison Center Managing Director Mark Winter said that Mims’ symptoms weren’t unique, but instead, matched hundreds of poisons. In an interview with the local news, he said that although her exposure was minimal, anything can affect the human body.