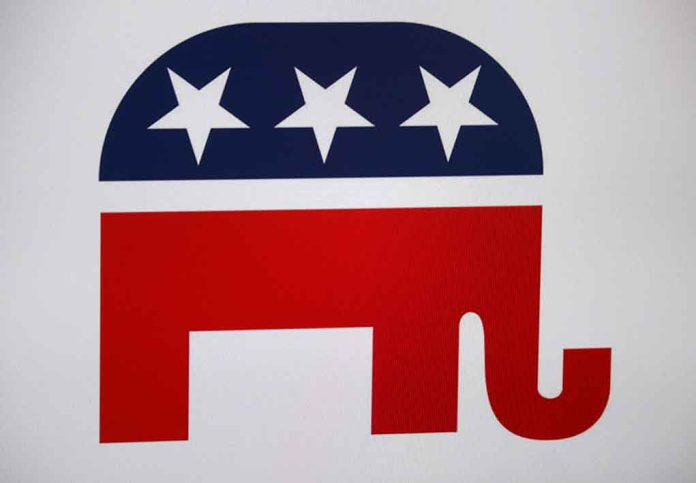 (USNewsMag.com) – A recent poll conducted by the Convention of States Action and Trafalgar Group shows that Republican voters are not happy with the GOP. A surprisingly high 62.7% of the 1,078 people polled felt that the party’s members in Congress were ineffective at getting Republicans elected during the midterms. Even worse, 68% said that the RNC is not effective.

The Convention of States President Mark Meckler interpreted the poll results to mean that “voters are furious about the failure of their party” in the midterm elections. With Joe Biden having a low approval rating at the time, many analysts believe that the Republicans underperformed. Meckler went on to say the results from this poll indicate that voters want to “make way for new leadership.”

The poll also indicated that those involved were not inclined to keep donating to the Republican Party, given its recent failures. Many said they were considering moving their support to grassroots organizations. As Meckler said in a press release about the poll results, many feel that the leadership in the GOP and RNC “aren’t focused on fighting for conservative principles.” He believes their motivation is to remain in power, not to represent their constituents as they should.

Meckler is a major advocate for calling an Article V Convention of States. The Convention of States was built into the Constitution to reign in the power of Congress by allowing States to convene and pass legislation without involving the House or Senate.

One of the more shocking results of the poll was the revelation that only 5.6% believed that Ronna McDaniels, the RNC chair, should remain in the role. Ronna has been the chair since 2017, but she has found herself running against Harmeet Dhillon, a sweetheart of Conservatives, as well as Mike Lindell, the CEO of MyPillow, and ardent supporter of former President Donald Trump.