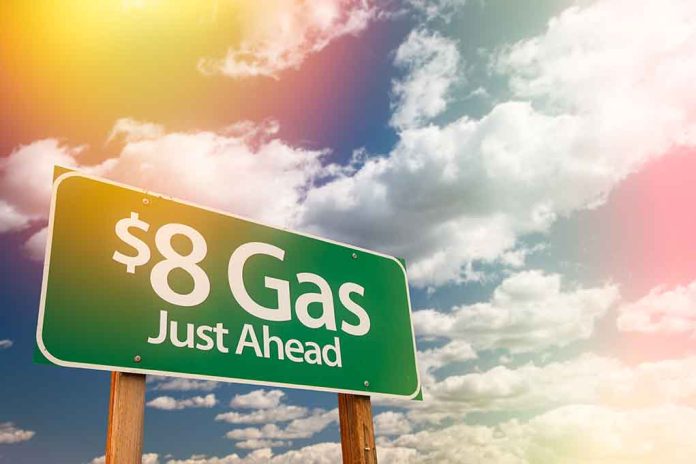 (USNewsMag.com) – According to AAA, the average price for a regular gallon of gas is now more than $5 per gallon. The price isn’t just hurting American families, it’s also causing problems for emergency responders. One police chief made a decision to limit police responses to save money.

Michigan’s Isabella County Sheriff Michael Main told ABC 12 News that his department has blown through its fuel budget for the year. The new budget doesn’t go into effect for several months, so he made a tough decision; his deputies are no longer responding to every call.

Moving forward, deputies will take some non-emergency calls that don’t require documentation or the collection of evidence over the phone.

Main said he wanted to let the community know “safety is [the department’s] primary goal,” so officers will still respond to all emergency calls, such as those that involve a threat to lives or property. They will also go to all calls where they have to collect evidence. Finally, deputies will continue to patrol in all areas where they have always patrolled.

Michigan State Police issued their own statement about gas prices, stating the increased prices at the pump will not impact their operations at all. However, the agency has asked the state legislature to cover about $2.8 million in overages.

Has your local police department made any changes to the way it’s operating?