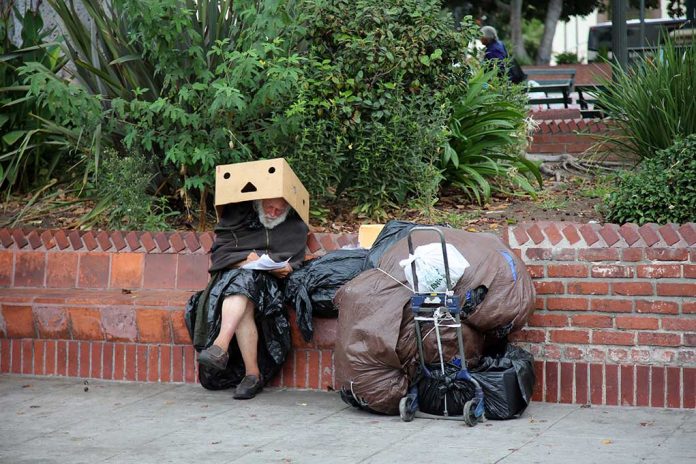 (USNewsMag.com) – To say things aren’t going well for California’s Governor, Gavin Newsom (D), would be an understatement. Golden State citizens fed up with his draconian measures during the pandemic, took actions into their own hands, securing enough signatures to hold a recall election. Now, it looks like he’s doing everything in his power to ensure he doesn’t remain governor, under the guise that he actually cares. You won’t believe what he has planned for the homeless.

California’s homeless problem is no secret. It’s constantly on the news and in the media. Tent cities are common in areas like San Francisco and Los Angeles as the tens of thousands of homeless desperately try to stay safe from the elements and hold on to their few belongings.

To combat this epidemic, the state has regularly implemented measures to address the issue, such as Project Homekey. Newsom’s measure took vacant properties such as hotels and motels and turned them into residences for citizens living on the street. In 2020, the program managed to house 8,200 people. Over the next two years, the state plans to spend $12 billion of taxpayer money to create 42,000 housing units and provide other services. Even so, it will still leave more than 100,000 on the streets.

Come One, Come All

Perhaps in a bid to show Californians that he really does care about the issues, especially homelessness, Newsom held a news conference on Monday, August 9. He went into the details of his “California Comeback” plan and what he said absolutely shocked many people — even those who support him.

The statement was so absurd, even Los Angeles Sheriff Alex Villanueva, a Democrat, couldn’t believe his ears. “Those comments blew us away. We are trying to keep our heads above water, and he goes and says that?” Continuing, he called Newsom’s statement a “death wish.”

The state is already failing to address the issue adequately and the last thing California needs is more people showing up on its proverbial doorstep to add to the already existing crisis. In his bid, to what we can only assume is to appeal to the people, he managed to alienate himself even more — and with his recall election looming on September 14, it was a poorly-timed play.