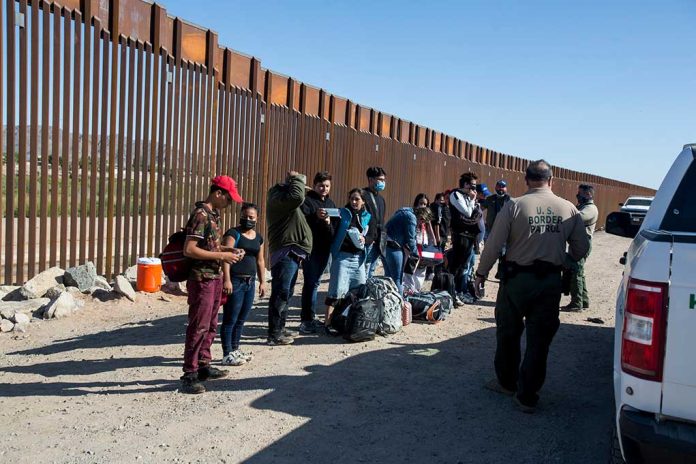 (USNewsMag.com) – The border crisis has raged out of control for more than a year now, particularly since President Joe Biden took office. Now, with the administration set to repeal Title 42, experts are predicting it could get a lot worse. According to a recent poll by Trafalgar Group and Convention of States Action, the majority believe closing the border is the best solution to getting illegal immigration under control. In fact, one surprising group surpassed even the majority.

One of the questions on the recent survey asks respondents if they think a temporary border shutdown is preferable until the Biden Administration reaches a solution. Of all groups surveyed, 55.8% said yes. However, the largest group to vote in favor of the shutdown was Hispanics. More than 65% think this is an agreeable measure to take. This is an 8-point lead over whites with 57.6%, blacks with 39.1% and Asians with 36.5%.

The answers are also divided along party lines with 89.2% of Republicans wanting a border closure. In comparison, only 22.3% of Democrats answered yes to the question. With Title 42 set to repeal in just a few weeks, several attorneys general took action and filed a lawsuit against the Biden Administration. On Monday, April 25, a federal court temporarily blocked the repeal order, so the immigration policy will remain in effect — for now.

While on the surface, the number of Hispanics in favor of closing the border may seem shocking, it’s actually been a long time coming. The group has been gravitating toward the Right more often.

In 2021, NPR reported that Hispanic voters were making the switch from Democrat to Republican in high numbers. And it wasn’t just happening in larger areas like South Florida or Texas. It was happening in New York and California, notoriously Blue states, too. The main reason for the switch, according to OpenLabs R&D researcher David Shor, is the Democrats’ approach to policing and overall attitudes toward crime.

In the face of the “defund the police” movement, crime skyrocketed in mostly liberal cities such as Chicago, San Francisco and New York. It seems nobody could get a handle on the issue and when they finally realized that cutting police force budgets was probably not the best idea, the damage had already been done.

Do you think a temporary border closure is necessary to get the situation under control?