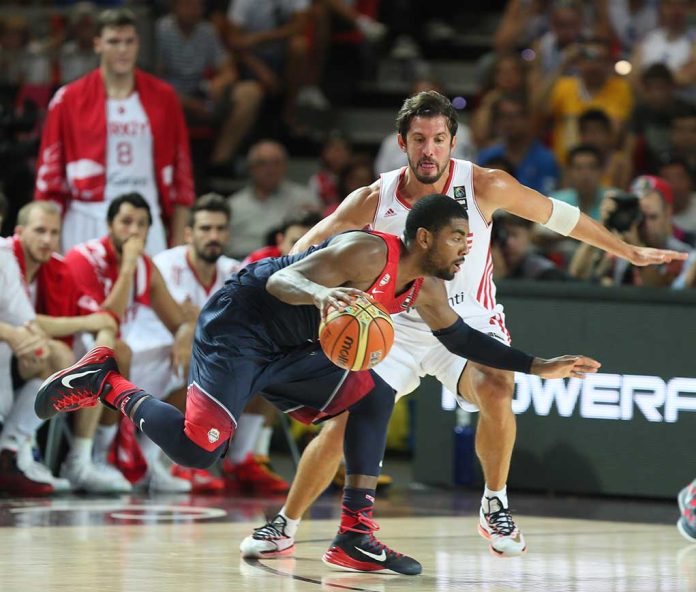 (USNewsMag.com) – Multi-award winner and professional NBA star Kyrie Irving joined the Brooklyn Nets in 2019 and showed his power as the first player in history to score 50 points or more in a single debut game. But now, the unvaccinated 2011 Rookie of the Year will likely sit out for at least all of the Nets’ home games due to the mandates in New York. And that decision doesn’t just affect Irving, but every player on the NBA team.

Unfortunately, that could also mean bad news for the Nets and its hopes to make it to the championship games at the end of the season.

"I think every situation is personal. … It's not up to me to make a decision for anybody except for me and my family." pic.twitter.com/JjMsrtsRcM

For now, coach Steve Nash is preparing the team and arranging players to account for Irving’s absence. But Irving is still allowed to practice to stay sharp for the games in which he can participate. The Nets’ leader believes there’s always a chance that vaccine mandates “could change,” so all hope is not lost.

But that’s the problem with blanket mandates, isn’t it? They don’t consider individual circumstances. In fact, the strict vaccine requirements in New York aren’t only affecting one basketball player but impacting an entire team, its season’s success, and all of the Brooklyn basketball fans who cheer them on.