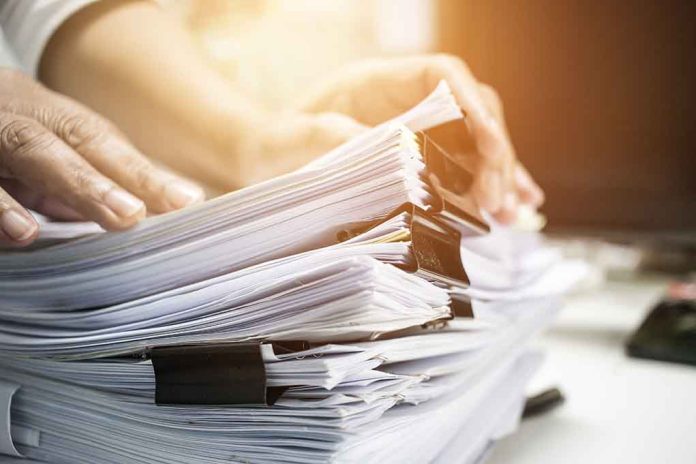 (USNewsMag.com) – As controversy grows over the revelation that President Joe Biden had Classified Documents stored at both his think tank and Delaware residence, he has begun receiving condemnation from some unlikely sources.

Conservatives have criticized the President, using his own words against him to show the apparent hypocrisy of his statements on the discovery of classified documents in Former President Donald Trump’s possession. But more surprisingly, left-wing mainstream media hosts have begun condemning the President and his handling of the situation.

MSNBC’s “Morning Joe” anchor Joe Scarborough accused the administration of “stumbling and bumbling” through the scandal, pointing out that they have had months to get a grip on the situation, yet don’t appear to know what’s going on.

On the very same Monday morning, the anchor of “CNN This Morning,” Don Lemon admitted that “The response from the president has been concerning.” While talking to Representative Mike Lawler, a Republican from New York, Lemon said “if you’re explaining, you’re losing,” in reference to the distinction being drawn between President Trump and President Biden having classified documents in their possession.

Possessing classified documents is a violation of The Presidential Records Act which requires all documents from the President and Vice President be turned over to the Archives.

On November 2nd, just before the midterm elections, Biden’s personal attorneys discovered classified documents in a “locked closet” at the President’s think tank, the Penn Biden Center in Washington, D.C. The attorneys notified the National Archives, the agency responsible for the handling of classified documents from previous administrations. The Archives subsequently notified the Department of Justice.

The discovery was not revealed to the public until January 9th, months afterward. Since then, several more batches of classified documents have been found at the President’s Wilmington, Delaware residence. One box containing classified materials was discovered in the garage of the home. A campaign video from Biden’s Presidential run in 2020 purportedly shows the boxes stacked in the garage next to where Joe’s beloved corvette is parked.