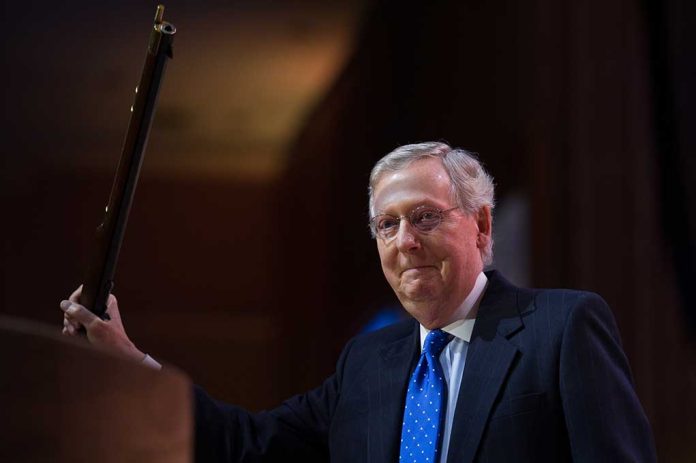 (USNewsMag.com) – Republicans are hoping to take control of both chambers of Congress after the 2022 midterm elections. Currently, Senator Mitch McConnell (R-KY) is the minority leader in the upper chamber, but there were questions about whether he’d run for majority leader again if he had the opportunity. He’s now answered the question.

On Tuesday, January 11, McConnell told reporters he plans to run for the Senate GOP leadership position after the 2022 midterms.

McConnell is the longest-serving Senate leader. He was first elected in 2006 and has served eight terms since then. He’s changed the chamber completely. Experts credit him with the conservative Supreme Court, changes to the federal judiciary and stopping many of the Democratic Party’s most dangerous policies. However, over the last year, he’s been on former President Donald Trump’s bad side.

Trump has urged the GOP to pick a new Senate leader. He’s lashed out at McConnell for the way he’s been leading and believes the chamber needs new blood. The former POTUS has called the Kentucky senator a “disaster.” The minority leader has tight control of his caucus though, so it’s unclear whether he’ll be ousted. Stay tuned after the November midterm elections to see if he runs again.