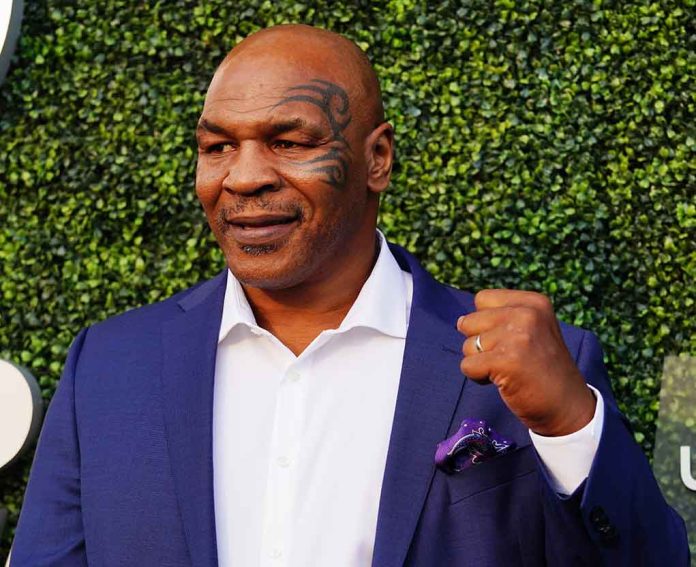 Mike Tyson Finally Speaks Up About Flight Fight With Passenger

(USNewsMag.com) – In April, a video emerged of boxing legend Mike Tyson allegedly punching an airline passenger, identified as Melvin Townsend, on a flight from San Francisco. TMZ released footage of the incident and it quickly went viral. Tyson is finally speaking out about what happened.

On Thursday, May 19, the boxer addressed the fight on his podcast “Hotboxin’ with Mike Tyson.” He explained that he took pictures with the man in the video, but later the guy grew belligerent. “He was [expletive] with me, man,” Tyson said.

Tyson told his listeners that he shouldn’t even take commercial flights. He said his wife gets mad at him when he does, but the boxer said he has a bodyguard who is supposed to protect him. He went on to say altercations outside of the boxing ring trigger him.

According to a witness to the incident, the boxer was nice to fans on the plane. He even took photographs but Townsend allegedly kept bothering Tyson, talking in his ear and being obnoxious. Eventually, it led to a physical altercation.

The video below contains strong language that might be offensive to some viewers.

In May, San Mateo County District Attorney Steve Wagstaffe decided against filing charges against Tyson after reviewing video footage and speaking to witnesses. Townsend also isn’t facing charges. On the podcast, Tyson was asked if he thinks altercations like that one are a lose-lose situation for him. He responded, “Yes. Totally. 100%.”