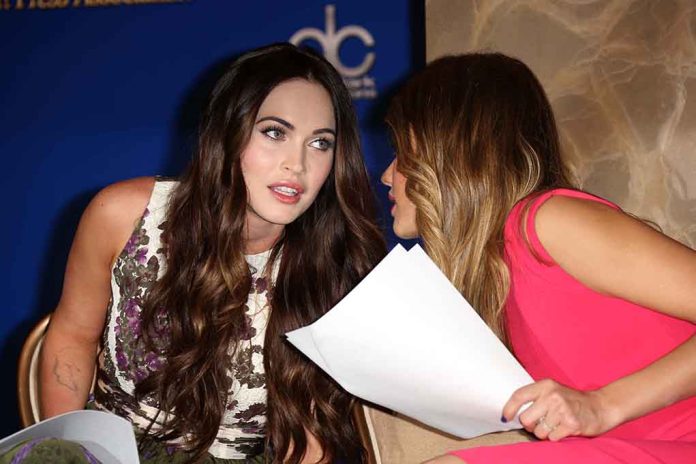 (USNewsMag.com) – Actress Megan Fox and her fiancé Machine Gun Kelly (MGK) are Hollywood’s new “it” couple. They’re known for their very public displays of affection on red carpets. Recently, the two celebs ignited a media storm after admitting something strange.

In January, the couple released an engagement video. In Fox’s caption on Instagram, she announced she accepted MGK’s proposal and then said admitted that they sometimes drink each others blood. In an April interview with Glamour Magazine, journalist Emily Maddick asked Fox if the couple actually does so. The actress said her comment in January might have given people the wrong impression, and clarified it’s “just a few drops” and they do it for “ritual purposes only.”

Fox told Maddick she’s really interested in astrology and tarot cards. She does rituals on new and full moons, and that’s when she told MGK they should do the exchange.

MGK designed Fox’s engagement ring with two thorns. It’s made with two massive pear-shaped stones, one a diamond, the other an emerald. Fox joked that he created it with two thorns so it would hurt her if she ever took it off of her finger. It’s quite a unique relationship.

How do you feel about the couple’s admission? Reply to your email and let us know what you think. We’d love to hear from you.