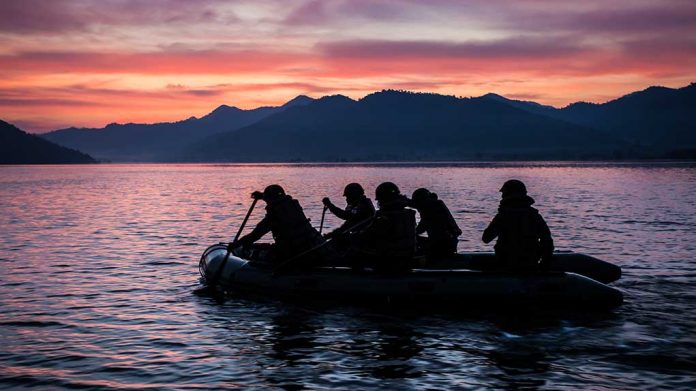 (USNewsMag.com) – The US military has spent the last few years working on incredible new technology to keep America safe. Now, they’re going to spend the next two years testing the technology. If all goes well, it’s going to be a game-changer for the military.

On August 15, the Marines and Navy finally saw their joint Navy-Marine Expeditionary Ship Interdiction System (NMESIS) in action. The military developed the system to sink ships that might threaten the US and its allies.

Lt. Col. Ryan Collins and Marine Corps Systems Command Program Manager Joe McPherson spoke to the media about the system’s first launch. They said they couldn’t give the press a lot of details, but they did confirm the missiles traveled more than 100 nautical miles. McPherson also said the missiles didn’t travel in a straight line because the system allows it to hit a specific target, maneuvering to get there.

The military confirmed the test launches hit their targets.

What does this mean in layman’s terms? If the testing goes well over the next 2 years, the military will have the ability to target enemy ships over 100 miles away. The missiles can sink the ships before they’re in close range of naval vessels and other possible targets, potentially saving lives and transforming the military’s anti-ship capabilities.