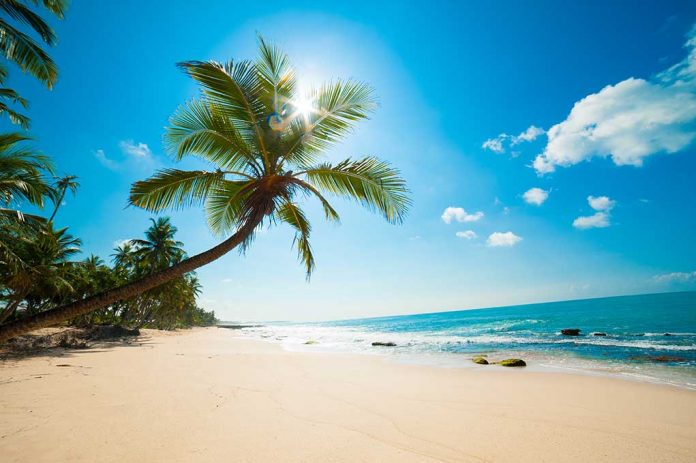 (USNewsMag.com) – “Florida man” has become synonymous with weird stories. Perhaps it wasn’t such a surprise when the term was splashed across the internet again recently. However, the story that accompanied the headlines was a bit stranger than others.

On Saturday, July 24, Reza Baluchi washed ashore in St. Augustine, Florida. He wasn’t in a boat, though; Baluchi was inside of a contraption that looked like a giant floating hamster wheel. According to the Flagler County Sheriff’s Office, he climbed into the odd vehicle (called a hydro pod) on one of the beaches and tried to head to New York. He’d only made it 25 miles when he experienced difficulties and had to go back to shore.

The giant hamster wheel would have allowed Baluchi to “walk” on water all the way to the Empire State Building. He said he wanted to raise money for homeless people. The hydro pod is made from aluminum and floating plastic balls. When he washed ashore, he said people laughed at him and took photos, but he insisted he knew what he was doing.

The US Coast Guard said Baluchi will not be allowed to attempt his stunt again until he has complied with rules requiring him to have safety and navigation equipment, an escort or support vessel, and a voyage plan. If he does not comply, USCG Spokesman David Micallef said he would face a penalty of up to $95,881. Baluchi says he will never give up on his dream.