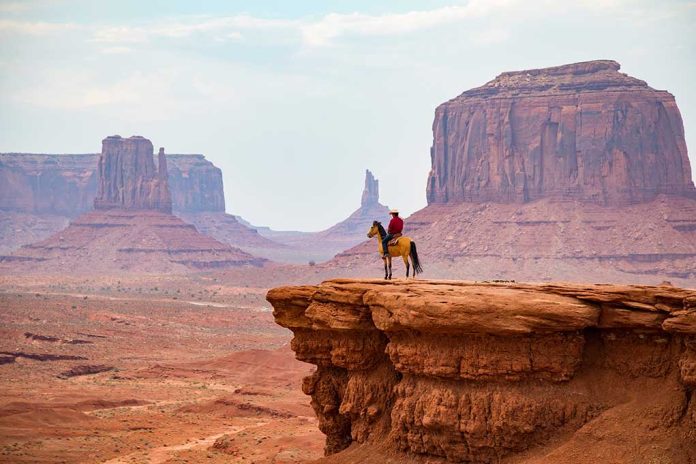 (USNewsMag.com) – On average, about 11 people die in the Grand Canyon annually. As of last year, there were roughly 900 recorded deaths at the national park, with falling from cliffs being the second most common way people have lost their lives. Sadly, that’s exactly what happened to a man recently.

According to a National Park Service press release, the Grand Canyon Regional Communications Center received an alert at about 3:30 p.m. on August 26 about a hiker falling. The visitor reportedly fell in the North Rim of Grand Canyon National Park near the Bright Angel Point Trail. First responders arrived on the scene and repelled approximately 200 feet below. They recovered the body of a 44-year-old man, whose identity they did not reveal.

The statement also advised park visitors to always stay on the walkways and trails that have designated signs. Further, the agency warned visitors against climbing over railings or fencing, to watch small children and other companions, and stay at least 6 feet away from the rim.

The last visitor to die in the park was a Tennessee woman. She fell into the Colorado River while on a boating trip earlier this summer.