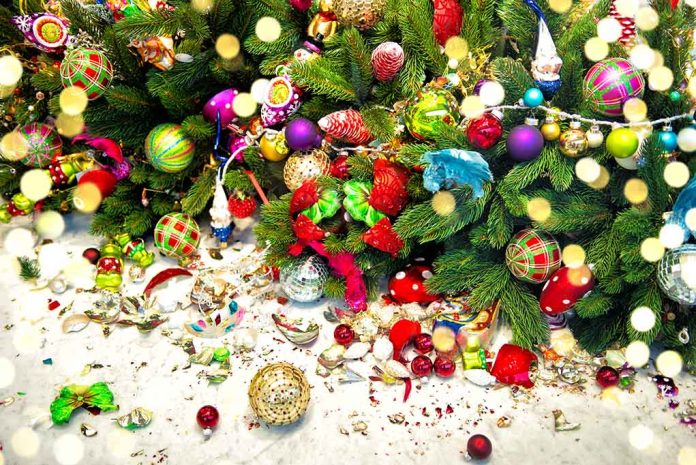 (USNewsMag.com) – On December 11, 49-year-old Jose Téllez was outside of his home in Gage Park, a neighborhood in Chicago, IL. He was hanging Christmas lights with his young daughter. Sadly, the happy activity turned into a tragedy.

Two men attacked Téllez while he was hanging the lights. They hit him in the head with a blunt object, causing massive injuries. A neighbor told the Chicago Sun-Times that she was also outside tending to her decorations when she heard a girl scream. She ran across the street to find her neighbor lying in the grass, clutching the Christmas lights in his hand and bleeding from his head.

Téllez’s daughter cried out to the neighbor, saying her dad was hurt. The woman told the child to run inside for a blanket to put on her father’s head. An ambulance came a short time later but he wasn’t moving. At 10:32 p.m. doctors at Advocate Christ Medical Center pronounced him dead.

Chicago dad, Jose Tellez, is beaten to death outside of his home. He was hanging Christmas decorations.

Crime is soaring because it’s not being punished, and elected Democrats are still lying about it. https://t.co/2UnSDEwhtp

The neighbor who tried to keep the father alive said she feels traumatized. Silverio Nodal, another neighbor, called Téllez “a family man, a hard-working guy” who liked to do landscaping. Nodal said the victim wanted to provide his family with the American dream, but what happened to him “is not the American dream.”

Police are looking for the suspects who beat the husband and father of three. Officers haven’t released the descriptions of the men. Téllez is another victim of the crime wave that has hit American cities. When are Democratic officials going to do something to keep people safe?