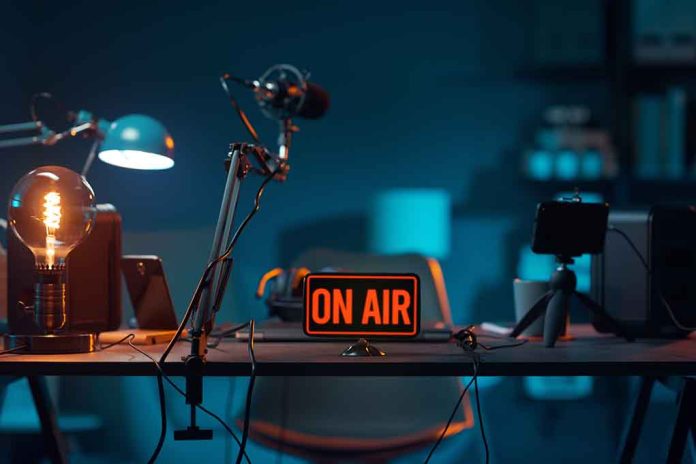 (USNewsMag.com) – Steven Crowder, host of “Louder With Crowder,, is leaving The Blaze after more than four years working with them. The announcement was made on Thursday, making it clear that Crowder’s show would no longer have a domain there.

"I & Mug Club are leaving the Blaze." https://t.co/SVNUDoWcL4

If you're a Mug Club member or if you want to sign up for it in the new year, add your email here: https://t.co/Cll71JiM0B. pic.twitter.com/b4REmTAELJ

Crowder refers to his audience on the show as his “Mug Club.” He has directed his audience to follow him on MugClubForever.com, where he hopes to notify those that sign up and add their emails where he will be working next.

Although Crowder hasn’t made clear where he is headed off to, some users on Twitter have been tagging Daily Wire and requesting that the show be sponsored by them.

@realDailyWire you should pick up Louder with Crowder!!

The 35-year-old Canadian-American is best known for his Youtube “Change My Mind” segments, where he engages with college students on university campuses and asks mostly Leftist-leaning students to “change his mind” on progressive politics. Segments related to more controversial topics such as gender and abortion are the ones most likely to go viral on YouTube or Rumble.

Steven Crowder began his career in stand-up comedy and acting. While always interested in a career in entertainment, he began feeling passionate about politics and was eventually brought in as one of Fox News’ youngest contributors. He quickly became not only one of the most “politically incorrect” individuals in the media but enjoyed where his career was headed. A couple of TV and radio hits later, “Louder With Crowder” was born.

Since Crowder has so far held a successful career, joining the ranks of Glenn Beck, another conservative media personality and CEO of The Blaze, it’s likely that he will continue to do bigger and better things. His segments are popular because people view that finding common ground in a civil manner with those we politically disagree with may still be possible, even as the nation continues to polarize itself. Many media networks are restructuring and/or downsizing at the current moment, mostly due to recession fears.