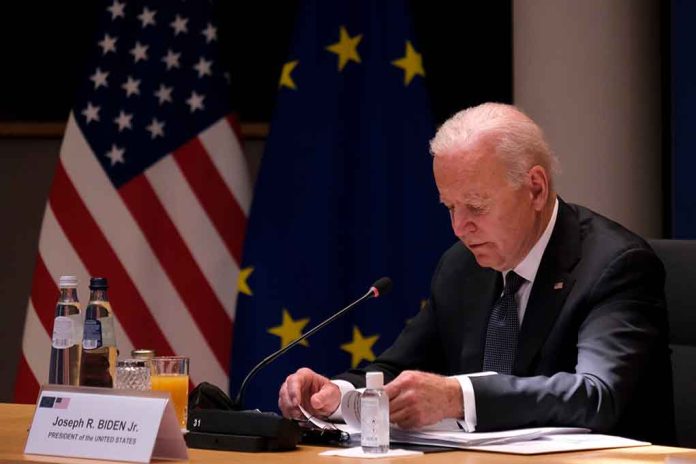 (USNewsMag.com) – It has been more than one year since the infamous Afghanistan withdrawal failure happened. The Washington Post recently reported that the Biden administration may find it more difficult to dismiss congressional inquiries and concerns related to the disastrous Afghanistan withdrawal than to dismiss claims about Biden’s son, Hunter. The piece said that the investigation into Afghanistan could prove “more emotionally difficult and politically damaging” to Biden and his team.

Republicans in the House have made clear what some of their priorities will be in the upcoming year. They are planning on investigating Dr. Fauci and his pandemic-related policies, the politicization of the Justice Department, and Hunter Biden. They are also looking to investigate the irresponsible Afghanistan withdrawal that took place under Biden’s watch. For the GOP, it is a priority to identify any threats to the nation’s national security, as well as to scrutinize any military actions that led to the untimely deaths of Americans abroad.

16 months after the botched Afghanistan withdrawal that left 13 servicemembers dead – including Jared Schmitz from MO – still NO accountability, NO answers. And the Democrats want to pretend nothing happened. Business as usual. I’m not going along with that pic.twitter.com/nfvJCJAW1H

Republican Senator Josh Hawley remained committed to investigating the Pentagon and those in charge of what took place. “We’re waiting for answers as to why the White House wasn’t ready to do a proper evacuation; we’re waiting for answers about how the security situation so deteriorated that 13 service members were killed and hundreds of American civilians were left behind by terrorists there in Afghanistan. We’re still waiting for answers. So no, I’m not willing to pretend that everything is fine at the Pentagon (…) that business as usual should go on,” he said.

The report admitted that launching an investigation into the issue sometime next year may negatively impact Biden’s reelection campaign, in a fashion similar to what Democrats had hoped would happen against Trump with the January 6 committee. It makes sense considering that Biden’s own approval ratings began to tank shortly after the botched Afghanistan withdrawal that left 13 US service members and more than 170 Afghans dead.

Although many Americans agreed with withdrawing US troops from a foreign nation at the time, the disastrous way in which troops were withdrawn left many wondering if the intended benefits outweighed the costs. Not even a day after the official withdrawal of US military presence took place, a whole new, illegitimate and authoritarian government established itself within the country.

The withdrawal put hundreds of thousands of Afghans at risk – especially those that had helped the US militarily for many years. Even more frustrating was that the Biden administration couldn’t make sure that our military weaponry was either properly discarded or transferred safely back to US soil, and the Taliban quickly claimed whatever was left as theirs. Talk about a serious threat to our national security.

The Post also highlighted that there are major discrepancies between reports conducted by congressional members and those by the White House in terms of how many Americans were really left behind. This may be another reason to conduct a bipartisan investigation into what really went wrong throughout the withdrawal process, and what consequences, if any, the administration should face for the chaos and lives lost.