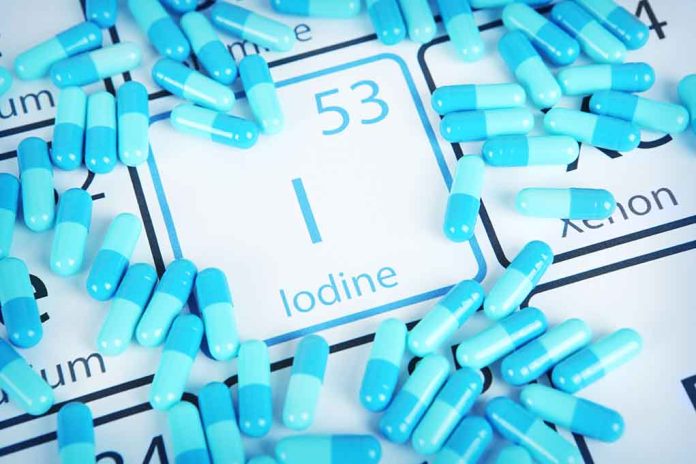 (USNewsMag.com) – Ukrainian citizens have a lot of reasons to fear a potential nuclear attack from Russia. Russian President Vladimir Putin has literally threatened to use weapons of mass destruction. Because of the threats, people are taking steps to prepare for the possibility.

According to reports, officials in the capital city of Kyiv are handing out potassium iodine pills to evacuation centers to prepare for the possibility that its neighbor could launch a nuclear strike. The medication can help a person’s body block the absorption of radiation if it is taken right after or just before the exposure occurs. Priority would go to help residents in high-risk areas who would need to evacuate in the event of an attack.

It’s unclear if residents near the country’s nuclear plants, which are also at risk due to the invasion, would also receive the pills.

Kyiv gives out potassium iodine pills to in preparation for nuclear attack on Ukraine's capital https://t.co/fEoVX15QzF

Putin has recently become more aggressive and repeatedly threatened to launch a nuclear attack if he deems it necessary to protect Russia’s interests. His threats come after Ukraine recently launched a massive offensive and regained control of wide swaths of territory using weapons provided by Western nations. Putin’s troops reportedly suffered major losses, which has led to his call for partial mobilization of reservists.