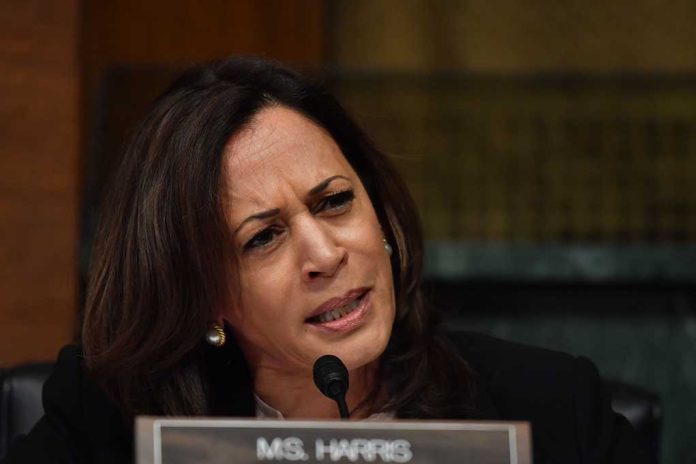 (USNewsMag.com) – Vice President Kamala Harris headed to Durham, North Carolina on March 2, to tout President Joe Biden’s agenda. The VP touched on a number of issues including the Democrat leader’s jobs plan – but her words rang a little hollow.

Harris was joined by US Secretary of Labor Marty Walsh, Democrat Gov. Roy Cooper and others during a tour of Durham Technical Community College. Afterward, she spoke to a crowd of invited guests about the administration’s alleged effort to create millions of “good-paying, union jobs.” She claimed their administration is the “most pro-labor administration” in American history.

Our unions and apprenticeships are a top priority for our Administration. I talked about the value these programs bring to communities, like Durham Technical Community College, which is providing students with the training they need for a good job when they graduate. pic.twitter.com/DMY4CNrae8

The vice president’s claims about the administration being labor-friendly is odd considering Biden’s multiple declarations that he wants to raise taxes on the wealthy – the very people who create the jobs in the US. In fact, he would have raised those taxes had members of his own party agreed to pass his multi-trillion-dollar spending bill. Is it “pro-labor” to hurt employers?

North Carolina is critical if Democrats want to hold onto power in the midterm elections. It’s widely considered a swing state, but the Left wasn’t able to pick up any seats there in the last election. The party is hoping to win seats in the state wherever it can or at least hang on to the ones it has. It’s unclear whether Harris’ speech will help achieve the objective.