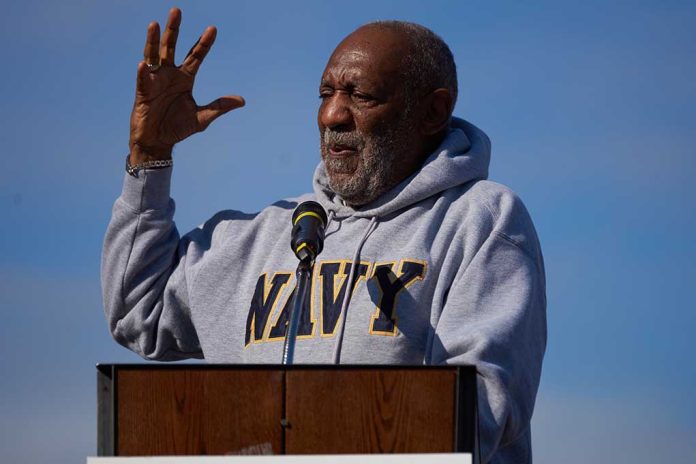 (USNewsMag.com) – Bill Cosby was once one of America’s favorite actors but fell from grace after dozens of women accused him of sexual assault. In 2018, a jury found “America’s Dad” guilty of drugging and raping a woman. The verdict was later overturned by the Pennsylvania Supreme Court, but his legal troubles aren’t over yet.

On Tuesday, June 21, a California jury found Cosby liable for assaulting Judy Huth. The alleged victim said in 1975 when she was just 16 years old, the actor gave her alcohol and took her to the Playboy Mansion. While there, he kissed her on the mouth and forced her to put her hands down his pants to perform a sexual act. She said he molested her as well.

The jury awarded her $500,000 but refused to give her punitive damages. According to Vanity Fair, she said she felt “vindicated” by the verdict.

Cosby denied the claims for years. His attorneys maintained that while he met Huth during the filming of a movie, he never sexually assaulted her. His spokesman, Andrew Wyatt, released a statement later published by Fox News Digital, calling Huth’s attorney Gloria Allred, Gloria “Awfulred.” He claimed the two women “fabricated these false allegations” in order to push a “racist mission against successful and accomplished Black Men in America.” He later told Fox the verdict was a victory for his client because Huth wanted millions of dollars but only received $500,000. He said the actor intends to appeal.