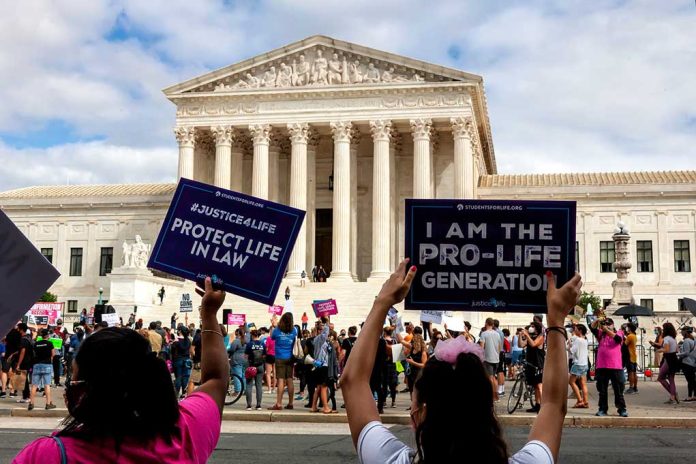 (USNewsMag.com) – Senate Bill 8 went into effect in Texas on September 1, 2021. The law essentially banned nearly all abortions after six weeks of pregnancy. Now, abortion activists have won their first victory against the law.

On October 6, US District Judge Robert Pitman issued an injunction against the law, calling it an “offensive deprivation” of Constitutional rights. The 113-page opinion attacked conservative lawmakers who sought to protect life by accusing them of contriving a never-before-used statutory scheme.

Pitman is particularly upset about lawmakers allowing citizens to sue abortion providers for up to $10,000 in damages.

"…this Court will not sanction one more day of this offensive deprivation of such an important right."https://t.co/GCf6MrFB7C pic.twitter.com/hTb7bd1sIG

US Attorney General Merrick Garland called the ruling a “victory for women in Texas and for the rule of law.” Attorney General Ken Paxton (R-TX) said he plans to appeal the ruling to the Fifth Circuit Court of Appeals, the most conservative court in the nation.

Paxton claims “The sanctity of human life is, and will always be, a top priority….”

The case will likely make it to the Supreme Court again, no matter which way the Appeals Court rules. High court justices allowed the law to take effect in September but said they would not rule on its constitutionality. This case could force their hand.