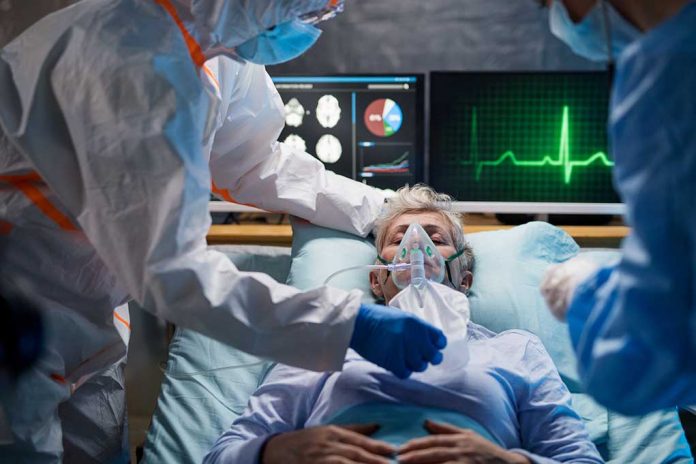 (USNewsMag.com) – Nearly two years after the first reports of an outbreak in China emerged, America is still dealing with the COVID-19 pandemic. As new variants of the virus spread around the country, doctors are still trying different a myriad of treatment methods. One drug people are exploring is causing considerable controversy. The courts recently had to step in to resolve a dispute between a woman and a hospital.

On August 23, a Butler County, Ohio judge ordered West Chester Hospital to fulfill Julie Smith’s request to give her husband, Jeffrey, Ivermectin — a drug most often used to deworm horses and other animals, but that also has human uses. She asked an outside doctor to prescribe the medication after the hospital told her that her COVID-19-positive husband was out of treatment options.

Smith gave the prescription to the hospital, but staff refused to administer it. The wife sued and won.

Julie Smith said since getting Ivermectin, her husband has been stable at 50% on ventilator. She said it's never been stable, continually up and down prior to the Ivermectin. @wlwt

In a similar case in Illinois, a Sangamon County judge sided with Memorial Medical Center, which refused to treat a man with the drug after a request by his wife.

The FDA and CDC have both warned against using Ivermectin to treat COVID-19. The drug is an anti-parasitic, not an antiviral medication. Further, the health agencies warn large doses of the medication can cause harm. On August 26, the CDC reported that poison control centers are reporting more calls regarding drug overdoses.

It seems the debate about the possible treatment and its effectiveness will continue.