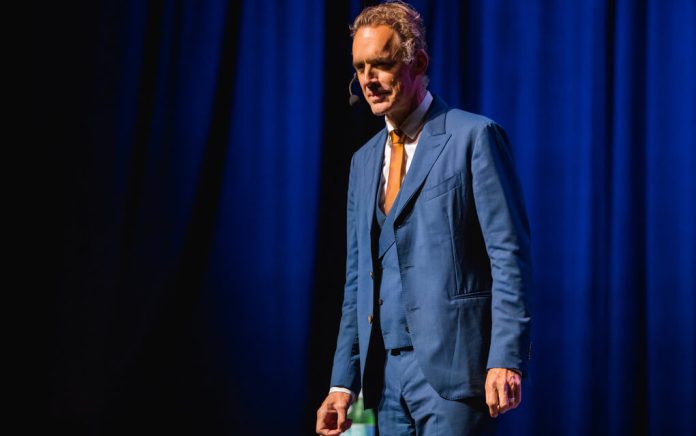 (USNewsMag.com) – There’s no doubting COVID-19 has mentally and physically worn people down over the last two years. While people in the United States bemoan draconian restrictions in many areas, like California where kids are forced to wear masks even between bites of food, it seems Canada isn’t without its own issues. Jordan Peterson, a professor, psychologist and author in the Great White North, has just about had enough, and he’s not afraid to tell you why.

Who Is Jordan Peterson?

Jordan Peterson is a psychology professor and a clinical psychologist, but he has roots in the political spectrum as well. He’s very outspoken about his views, which most would call conservative, and makes no bones about pointing out how society is failing due to a collapse in values. He’s gained widespread attention over the last decade for his bluntness and is even praised by American personality Tucker Carlson. He also has a wide reach on social media, with over 1 million subscribers on YouTube and more than half a million Twitter followers.

In an interview with Dave Rubin of The Rubin Report, Peterson publicly aired his grievances about COVID-19 and the aftermath. The pandemic, he insinuates, has led to some of the most draconian measures he’s ever seen.

While Peterson acknowledges that overreacting to the pandemic was certainly better than underreacting because nobody really knew the seriousness of COVID-19 at the time, he feels in the aftermath, the government took things too far. In fact, he says he was surprised that Canada, among other countries, “stampeded to imitate a totalitarian state.” In the beginning, he says, it was excusable, but now “it’s really appalling.”

He went on to break it down, talking about vaccines and how they were supposed to grant freedom, but became a pillar for even more restrictions.

One particular thing that really grates on Peterson is the fact he took the vaccine but still has to adhere to stringent requirements. In fact, Canadians who choose not to inoculate aren’t able to leave the country. Since he’s vaccinated, he’s allowed to come and go, but says when he tries to return home, not only does he have to get tested, but it has to be a specific kind of test: a COVID-19 molecular test, rapid antigen options are a no-go. The cost for the molecular tests can be as much as $330, depending on where they’re purchased or given, and they can be hard to find.

Peterson just wants to be left alone. He followed the directives, got the shots, and believes he’s now entitled to live his life in peace.