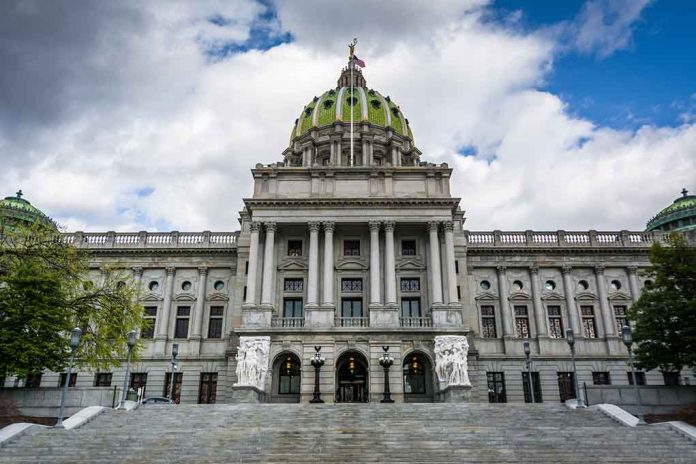 John Fetterman’s Wife Is Slowly Gripping the Reins of Power

(USNewsMag.com) – Pennsylvania Lieutenant Governor John Fetterman (D) is in a heated race for the US Senate against Republican Mehmet Oz. With just weeks left until the election, both candidates and their teams are on the trail, making final appeals to the voters. Fetterman’s wife is one of the people who is stumping for him, and she has been increasingly more visible in recent weeks.

That look of love 😍 haven’t seen him in a bunch of days and I can only imagine how much he misses me 😅💅🏽but @MonroePaDems had this adorable cut out. A wonderful Sunday in Luzerne and Monroe Counties. pic.twitter.com/KgieROdu0H

Fetterman suffered a stroke in the spring, which took him off of the campaign trail for weeks. Though he was cleared by his doctor to continue running for office, questions remain about his health. The lieutenant governor has admitted he experiences difficulty speaking sometimes and mixes up his words, a problem stroke survivors commonly experience as they heal. While he takes his message to voters, Gisele Barreto Fetterman is loudly stumping for her husband — and defending him.

After NBC News journalist Dasha Burns made a remark about Fetterman using closed captioning, saying before it was turned on, “it wasn’t clear he could understand what [the journalist was] saying.” Mrs. Fetterman told The Independent the comment was “openly ableist,” and she was “shocked and appalled.”

Besides defending her husband, a number of media outlets have run stories about Pennsylvania’s second lady, including The Washington Post, which seemingly praised her for her alleged “thick skin.” A Rolling Stone piece described her as “vivacious, outgoing and empathetic” and said she became a “political star” after her husband suffered a stroke. Neither publication has run similar pieces on Lisa Oz, the Republican candidate’s wife.

The increased attention on Gisele Fetterman has led to criticism that the mainstream media is trying to bolster the Democratic candidate in the wake of health questions by pushing a narrative about his smart wife, who seems to be running the show. What do you think?