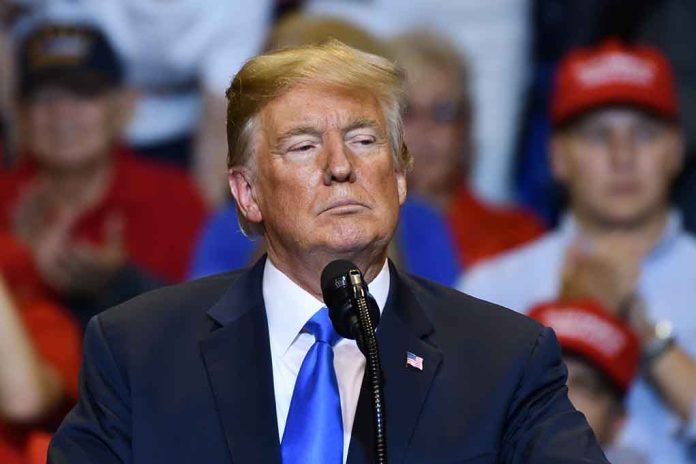 (USNewsMag.com) – The House January 6 committee, composed of mostly Democrats and Never-Trumpers, voted on Monday to officially send criminal referrals against Trump to the Department of Justice. They recommend the DOJ criminally prosecute him.

The referrals include “obstructing an official proceeding of Congress, conspiracy to defraud the federal government, making a false statement, and inciting, assisting, or aiding and comforting an insurrection,” according to Fox News.

While most mainstream media outlets are praising this development in their persistently public hatred of the former president, most legal experts seem to believe that the referrals hold no legal weight. Even NBC News contributor Chuck Rosenberg recognizes that the partisan and political bias of those making these referrals may make matters worse. It will ultimately be up to Attorney General Merrick Garland and the Justice Department to consider their referrals.

Rosenberg: “If indeed they charge people with crimes … it may make it look in some quarters like they’re doing the bidding of Congress.” pic.twitter.com/OmtMHl81s4

The irony is that while Congress does have a right to establish committees and subpoena individuals for testimony and questioning, they are not prosecutors. That is not their job. The longer the J6 inquisition drags on, the more evident it becomes that congressional committees are more interested in partisan political reaffirmations than they are in ensuring American citizens’ needs are being met. Inflation remains the top concern of voters, even with Democrats retaining the Senate. Will they focus on that or will they continue to deflect partisan issues onto Republicans?

Attorney Alan Dershowitz believes that the actions of the Jan 6 committee may be unconstitutional. Dershowitz is a lawyer and Harvard law professor most known for representing Donald Trump in the 2020 impeachment trials. He highlighted Article 1, Section 3 of the Constitution, stating that Congress cannot “pass a bill of attainder” or a piece of legislation that accuses a party of being guilty of a crime.

Dershowitz also recently called out Representative Jamie Raskin, one of the Democrats serving on the Jan 6 committee. Apparently, Raskin was at one point a student of Dershowitz. He accused Raskin of putting politics before the Constitution.

“You were a good student,” Dershowitz said. “I contributed to your campaign. But you’re wrong about this one. And you’ve been wrong about almost everything regarding Trump because you put politics before principle.”

This may just be another Democratic playbook move, claiming that they’ve “almost” got him. But they’ve been saying that for the past 6 years.