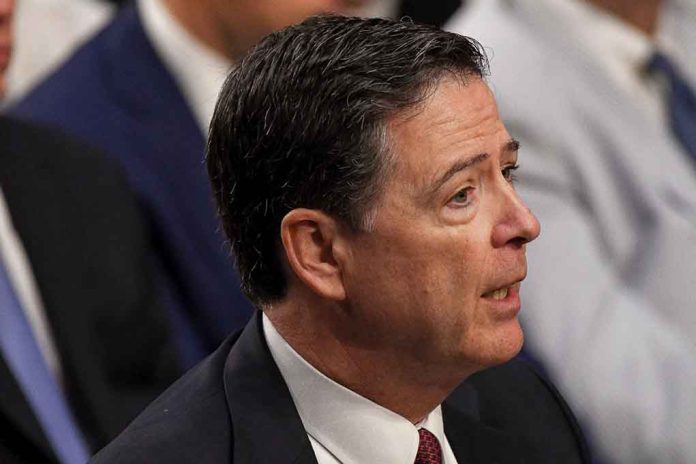 (USNewsMag.com) – Former FBI Director James Comey served in the top law enforcement position from 2013 until 2017. A decade before he got the job at the federal agency, he served as the US attorney for the Southern District of New York (SDNY). Now, his daughter works in that same office as one of the top prosecutors on a very important case.

Assistant US Attorney Maurene Comey is one of the lead prosecutors on the case against Ghislaine Maxwell. The ex-girlfriend of billionaire Jeffrey Epstein is accused of helping him traffic underage girls to older, wealthy men. Comey is joined by Assistant US Attorneys Alison Gianfort Moe and Alex Rossmiller.

The lead prosecutor in the Ghislaine Maxwell case is Maurene Comey

She is the daughter of James Comey pic.twitter.com/lMjxUZCxJY

Before Epstein’s death in 2019, Comey was also part of the team that was set to prosecute him. That means she was part of the team that lost and then found the surveillance video showing the outside of his cell prior to his first suicide attempt. Although a medical examiner ruled the convicted sex offender committed suicide, many questions swirl around what really happened the night he allegedly took his life.

Given who Maurene Comey’s father is and her close relationship to Epstein’s case, should she be prosecuting Maxwell?