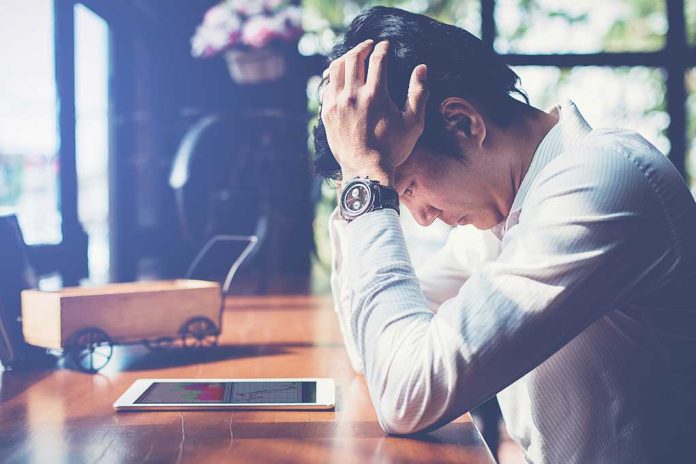 (USNewsMag.com) – As the economy continues to bounce back from the effects of the COVID-19 pandemic, it’s wreaking havoc everywhere — including people’s paychecks. Despite the tight labor market, which has resulted in, for some, significant pay raises, the stark reality of the situation is far worse.

According to CBS News, workers’ typical hourly earnings have jumped about 5% over the past year. In normal circumstances, this would increase an individual’s buying power. But these circumstances are anything but normal. Instead, inflation is driving prices sky-high on consumer goods, which have risen a shocking 6.2% since October 2020. Thus, all of this “extra” money people should be seeing is vanishing right before their eyes.

According to the Bureau of Labor Statistics (BLS), despite the pay increases, inflation is having a negative effect on buying power. When comparing October 2021 to October 2020, average hourly earnings actually decreased 1.2%.

Of course, it’s worth pointing out wage increases significantly impacted some groups more than others. Hospitality workers, for example, saw an average 11.2% wage increase as businesses scrambled to keep and hire new employees. Consider this against some in the financial sector who only got a 4.2% increase. With inflation up 6.2%, the raise isn’t enough to combat rising prices.

Even those who are trying to be frugal with their spending and can find lower costs in a few places are having trouble. Increased prices are almost everywhere: the gas pump, grocery store and even apartment and home rentals. Those taking lengthy road trips (gasoline) or purchasing a used car may also take a hit as those sectors have risen exponentially, 42% and 20% respectively.

Right now, it doesn’t seem like there’s any end in sight for those suffering from the buying power plight. However, there is a bit of good news, according to the Fed. Inflation rates will eventually balance out, according to Federal Reserve Chair Jerome Powell. He attributes current rates to supply-side bottlenecks over which we have no control. But, he said we should expect to see some relief in the first half of next year.

The problem is, with the holidays quickly approaching, this is the worst time to experience increased inflation. The cost of Thanksgiving and Christmas dinner is already through the roof, and supply chain issues have further driven up costs of goods nationwide. It seems like things will only get worse before they get better.