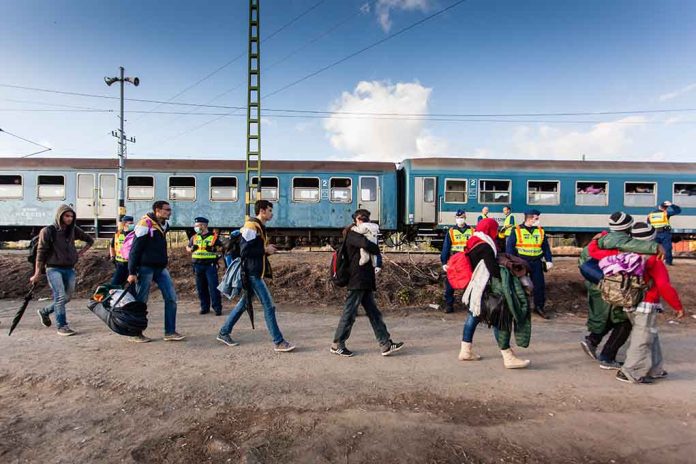 (USNewsMag.com) – Over the course of the 2022 fiscal year, The US Border Patrol had over 2.2 million encounters with people illegally crossing the Southern border. There have been over 4 million encounters since Kamala Harris was assigned the task of addressing the “root cause” of mass migration in March of 2021. Crossing the border between ports of entry is a crime that carries up to two years of prison time. However, the backlog in immigration court has led to a multi-year wait time during which asylum seekers are allowed released and allowed to live in the country.

In 2021, the Secretary of the Department of Homeland Security, Alejandro Mayorkas, announced a Dedicated Docket to process newly arrived families that have come to the United States seeking asylum. At the end of November 2022, the immigration court backlog was over 2 million cases. As of January 2023, a person waiting for a court date would have to wait approximately 4.3 years. Once Title 42, experts expect a surge in border crossings which will only further overwhelm the system.

Of the 2 million case backlog, 800,000 are asylum seekers. The Dedicated Docket was created with the intention of expediting the process, promising that “fairness will not be compromised.” Under the Obama administration, there was a similar Dedicated Docket which saw that only 1 in 15 migrants were able to file the necessary paperwork without representation. The Vera Institute of Justice found that similar dockets, specifically those that operated during the Obama administration, have not provided due process.

The lack of representation for asylum seekers leads to delays in court and failure to complete the necessary steps to get a fair trial. INA §1.229a(b)(4) states explicitly that while migrants have the “privilege” of representation, it cannot be provided at the expense of the Government. Only 34% of the completed cases from the current docket had representation. Only 7.4% of asylum cases were granted in the fiscal year of 2022, a total of 2,894 families.