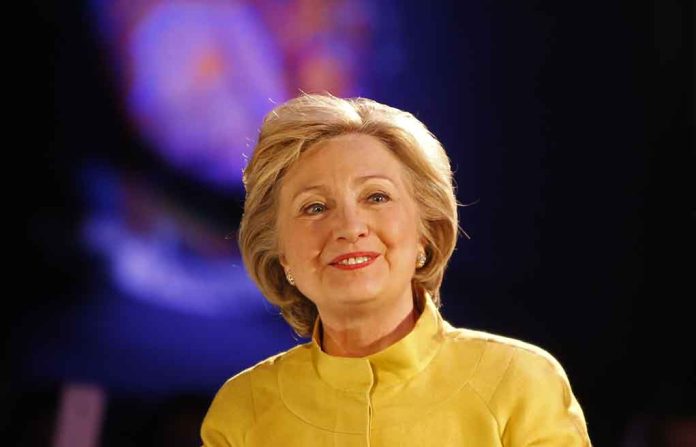 (USNewsMag.com) – On Tuesday, March 15, Russian President Vladimir Putin levied sanctions against 13 individuals in the US. Former Secretary of State Hillary Clinton was among those named by the eastern European nation. From the tone of her response, it’s clear she’s not taking them seriously.

Clinton took to Twitter to crack a joke when the Russian government announced sanctions against her. She thanked the country for giving her such a prestigious award.

I want to thank the Russian Academy for this Lifetime Achievement Award. https://t.co/4og9S3OCEp

Clinton wasn’t the only one to make a joke about the sanctions. Reporters asked White House Press Secretary Jen Psaki about them (of which she is a part of) and she mentioned President Joe Biden is a junior but the Russians seem to have forgotten that detail. Psaki said Putin’s regime sanctioned the president’s father, “may he rest in peace.”

The press secretary also pointed out none of the officials on the sanction list have Russian assets, bank accounts or plans to visit the country. “So we will forge ahead,” Psaki said.

In addition to Clinton, Psaki and the president’s dad along with 10 other officials are on the list including Secretary of State Antony Blinken. The sanctions were largely symbolic and aren’t expected to have any impact on those on the list.