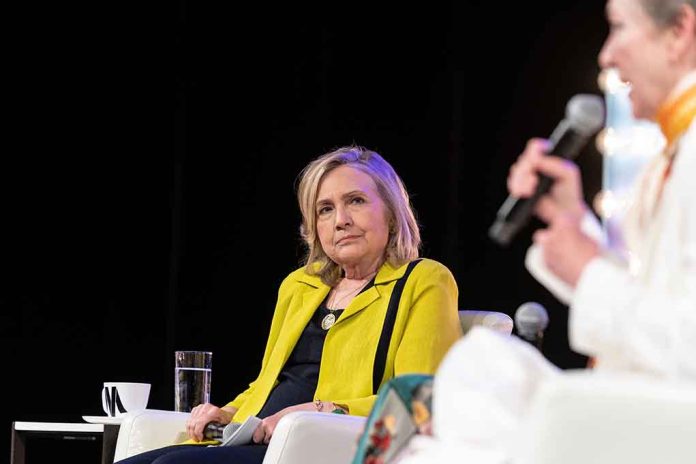 (USNewsMag.com) – It has been announced that Hillary Rodham Clinton will join Columbia University’s faculty for the 2023-2024 school year. Clinton will be a professor at Columbia’s School of International and Public Affairs as well as a presidential fellow in the Columbia World Projects program.

Columbia University’s President praised Hillary’s political career in the announcement released Thursday, January 5th. Lee C. Bollinger said he has known “Hillary personally for three decades, since her early days as First Lady.” Hilary was First Lady from 1993-2001. Bollinger went on to list Clinton’s various positions in the Government in the decades since her husband’s presidency, including her terms as a New York State Senator and her time as Secretary of State. He referred to her two failed presidential campaigns as “historic and record-breaking.”

Bollinger said his announcement was made “with great delight and pride,” a sentiment made clear by the tone of the statement. In one paragraph, Bollinger referred to the former First Lady as “unique,” “exceptional,” “extraordinary,” “impressive,” and “remarkably successful.”

Bollinger has been the president of Columbia University since 2002, making him the longest-serving Ivy League President.

Clinton said she looks forward to contributing to “Columbia’s commitment to educating the next generation of U.S. and global policy leaders.” That desire fits with several of Hillary’s personal projects, including the global work done through the Clinton Foundation and the help provided to the activist community through her Onward Together organization.

Bollinger’s statement indicates that he expects Hillary’s involvement at Columbia University to continue for years. It is unclear in what capacity the 75-year-old will be involved, though she will be involved in the university’s “Fourth Purpose” Which aims to “convene outstanding policy thinkers from around the world to develop innovative policy solutions.” In a separate news release from the University, it was revealed that Clinton will work closely with the Dean of the School of International and Public Affairs, Keren Yarhi-Milo.