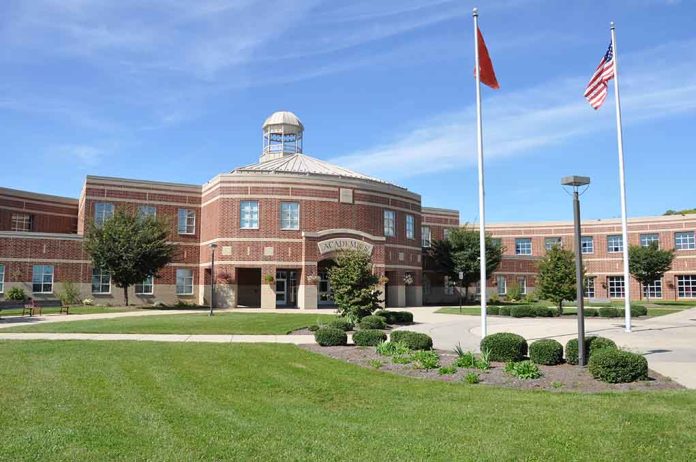 (USNewsMag.com) – Schools are supposed to be a place where children are safe. Unfortunately, they have proven to be the exact opposite. A student is now in jail after allegedly committing a heinous crime outside of Austin, Texas.

On May 3, Belton Police say Caysen Tyler Allison, 18, allegedly stabbed Jose “Joe” Luis Ramirez, 18, in the Belton High School bathroom during a fight. The victim was taken to Baylor Hospital where he died that evening. The next day, police announced they’d arrested Allison off campus about 20 minutes after the stabbing and subsequently charged him with murder.

#BREAKING – @MegVanselow has confirmed with officials that Caysen Tyler Allison, 18, is the student taken into custody after a stabbing at Belton High School. INFO: https://t.co/HHdGfc4FVe pic.twitter.com/1BJ1hoW1PS

Bryan Lopez, one of Ramirez’s childhood friends, told KWTX he was a “goofy person” who was always making people “laugh smile.” He said he was hanging out at the prom with his longtime friend just a few days before he died.

The families and friends of both students are now mourning two lives cut short by unspeakable violence while they were at places where they should have been safe.