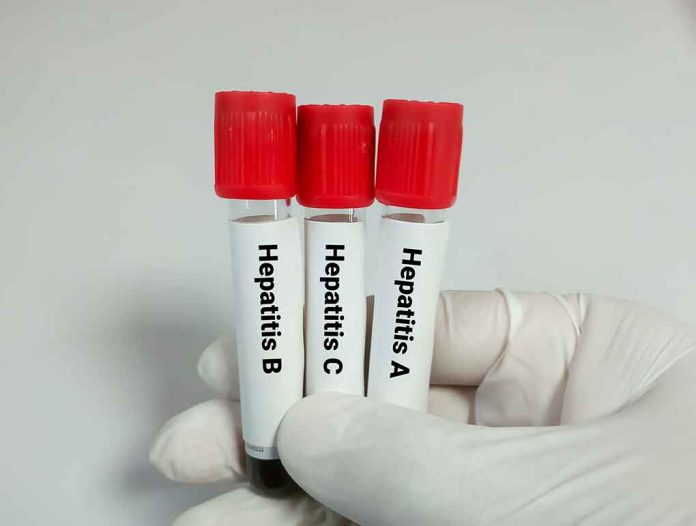 (USNewsMag.com) – After years of COVID-19, parents have another illness to worry about. A growing number of states are reporting an increase in cases of liver inflammation (severe hepatitis) in children. The illnesses are leaving doctors across the country with more questions than answers.

According to the New York Post, at least 10 states have now reported hepatitis cases. Health officials in Georgia and New York have both reported a handful of cases. The Minnesota Department of Health told ABC 5 Eyewitness News it’s investigating several cases of severe liver inflammation in kids. Two of the cases involved a toddler and infant, one of which required a liver transplant.

Minnesota Pediatric Gastroenterologist and Transplant Hepatologist, Dr. Heli Bhatt, said it wasn’t clear why the child “had such severe acute hepatitis.” The case was so unusual the physician alerted the Department of Health. Delaware, North Carolina, Louisiana, Illinois, California, Tennessee, and Wisconsin have all reported cases.

On April 27, the Wisconsin Department of Health reported the first possible death linked to liver illness.

CHILD HEPATITIS OUTBREAK: More than two dozen cases of hepatitis in children have been reported in at least seven states. Health officials in Wisconsin are investigating one death, which would be the first in the U.S. pic.twitter.com/OBl70pDVZd

The cases are part of a larger international outbreak. About a dozen countries have reported illnesses in patients ranging from age 1 to age 16. Hepatitis A, hepatitis B and hepatitis C, the most common forms of liver disease, have been ruled out. Some of the kids tested positive for the adenovirus, known as the common cold.

Symptoms of the illness include joint pain, jaundice, diarrhea, and abdominal pain. “Right now, a lot is unknown,” Bhatt said.