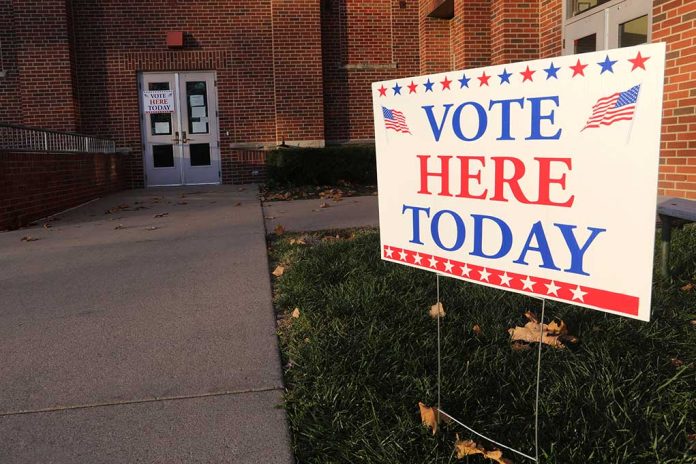 (USNewsMag.com) – Election security has been a top priority for officials around the country after the 2020 election, especially due to voter fraud concerns. Since then, Georgia passed one of the strictest voting laws in America in order to combat potential problems in the future. Recently, the state learned of two employees who failed to follow the law.

On October 11, the Fulton County Commission fired two workers who shredded voter applications. The applications, which don’t contain party affiliation, are supposed to be kept for 24 months after polling day. The documents were awaiting processing before the upcoming local elections in November.

Secretary of State Ben Raffensperger (R) slammed Fulton County for the incident. He said the state was “tired of waiting to see what the next embarrassing revelation” in the country would be after “20 years of documented failure[s].” The secretary called on the Department of Justice to investigate the incident. He said the probe could lead to the replacement of election officials in the county.

Fulton County employees reported the workers in question on October 8. They were fired later that day. County Commission Chairman Robb Pitts said his team is “committed to transparency and integrity.”

Voters who believe their registrations were shredded will be allowed to cast a provisional ballot on election day. Incidents like this one are a perfect example of why voter confidence is being eroded. Hopefully, authorities can figure out why it happened.