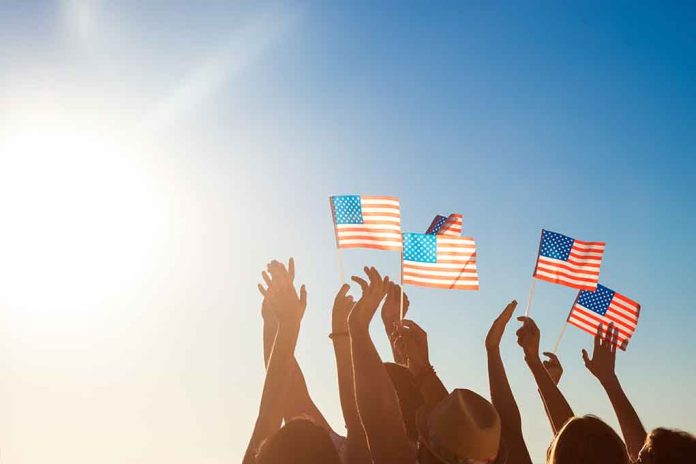 (USNewsMag.com) – Over the past several generations, patriotism in America has declined drastically, according to a survey conducted by Morning Consult.

When asked if they are “proud to live in the United States,” 73 percent of Baby Boomers said yes. The survey found that 54 percent of Generation X participants were proud to be American, while only 36 percent of Millennials were patriotic in their response.

Most troubling, participants ages 18-25, members of Generation Z, responded extremely negatively to the poll. Only 16 percent indicated patriotic sentiment. That is 5 percent less than the number of Americans in the same age bracket who identify as LGBT, according to a poll conducted by Gallup in 2021.

A separate question in the survey sought to determine differences between age groups and their purchasing practices. While Gen Z was most likely to stop supporting brands that “oppose abortion access,” they were least likely to be swayed by geopolitical issues such as operating in a “repressive” country. In this sense, like patriotic sentiment, Gen Z drastically differs from the Baby Boomers, who are much less likely to continue buying from a brand with a bad geopolitical record.

Morning Consult interpreted that data to indicate that the “future of corporate activism is local first, global second.” Their analysis goes on to suggest that the youngest adults in America today may care less about geopolitical issues due to their lack of patriotism. They posit that Gen Z “may not want to see the United States […] acting as arbiters of global ethics.”

The survey to determine differences between generations involved a sample of 3,013 representative adults and was conducted between October 26th and December 25th, 2022. It found that approximately 52 percent of adults in the United States were proud to live in the country.