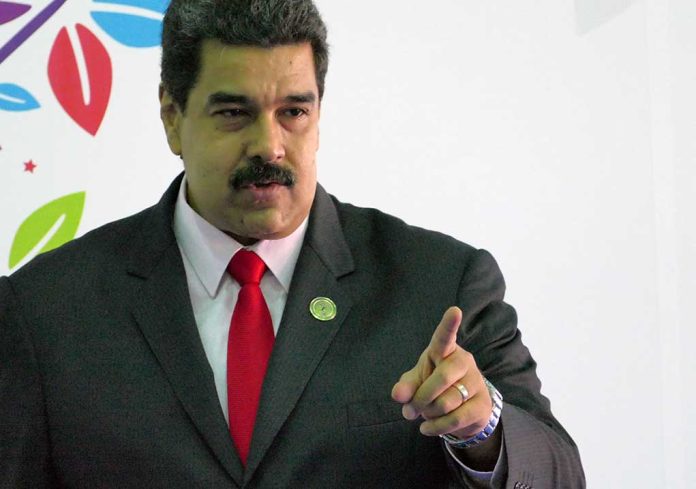 (USNewsMag.com) – The US has scored a win in the ongoing battle involving former Venezuelan General Hugo Carvajal — the former spy chief for the late President Hugo Chavez. He was arrested on September 9, after hiding out in an undisclosed location in Madrid. On Wednesday, October 20, the Supreme Court of Spain agreed to extradite Carvajal to the United States where he’ll face drug trafficking charges.

Carvajal’s extradition attempts have been ongoing for years. He fled to Spain in 2019, where he was arrested while seeking asylum. Extradition attempts failed when the court ruled against the US, saying the request was “too abstract.” Despite a successful appeal, the former diplomat went missing, which led to an ongoing game of cat and mouse, until his arrest last month.

The Nature of His Crimes

The US has been after Carvajal, also known as “El Pollo” (translated to The Chicken), for several years. He’s facing multiple charges stemming from a 2011 indictment in the Southern District of New York for alleged activities that took place in 2006. These include conspiracy to import approximately six tons of cocaine from Venezuela to Mexico, and drug terrorist conspiracy, as follows:

Each of the charges carries varying sentence minimums, but if convicted of all counts, it’s unlikely Carvajal will see a life outside of prison bars again. He denies the charges, saying they were falsified in a politically motivated case brought against him by the US.

While the Supreme Court of Spain says Carvajal cannot appeal the extradition, he can appeal the decision denying him asylum. His transfer to the US could happen any day. But, since he’s also involved in several prominent investigations in Spain, experts believe his actual extradition date could be delayed.

Alex Saab, another prominent socialist figure who has strong ties to the Venezuelan leader, Nicolas Maduro, was taken into custody as well. He faces charges of money laundering. Maduro retaliated for this action, dealing the Biden Administration a blow, when he jailed six Citgo Petroleum executives who had previously been under house arrest.

Meanwhile, living conditions in Venezuela continue to deteriorate and the regime is becoming increasingly oppressive. The Biden Administration has been trying to ease tensions with the country in hopes of propagating free and fair elections following the controversy of the 2018 election, which saw Maduro declared the winner despite declarations of fraud.

Only time will tell how this plays out, but it’s clear there’s a lot riding on it for both the US and Venezuela.