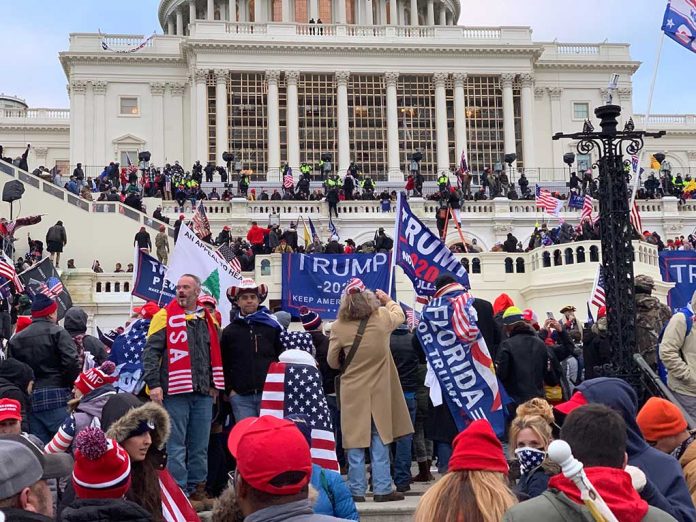 (USNewsMag.com) – The bipartisan House Committee investigating the January 6 attack on the U.S. Capitol is trying to find out what happened that day. House lawmakers want to know if the violence that allegedly occurred was planned by the GOP organizers of the event, as well as what can be done to prevent future incidents from taking place. In a controversial move, the committee just subpoenaed members of former President Donald Trump’s inner circle to find out more information.

According to reports, the House committee subpoenaed four members of the previous administration. Former White House Chief of Staff, Mark Meadows, former Trump adviser, Steve Bannon, former White House Deputy Chief of Staff for Communications, Dan Scavino, and former Pentagon official, Kash Patel, all received notices to testify before the committee. The group reportedly has until October 7 to produce documents demanded by lawmakers, and are all scheduled to appear in front of the committee a week later.

Although there are two Republicans on the committee, Reps. Adam Kinzinger (R-IL) and Liz Cheney (R-WY), both are outspoken critics of the former POTUS. Conservatives believe the investigation is an attempt to attack Trump and his allies.

Patel told the press that he’s “disappointed, but not surprised” to receive the subpoena. He accused the committee of violating longstanding protocol by not asking him to testify voluntarily before forcing him to appear. He vowed to continue to “tell the truth” about the events that day. The other three have not responded.