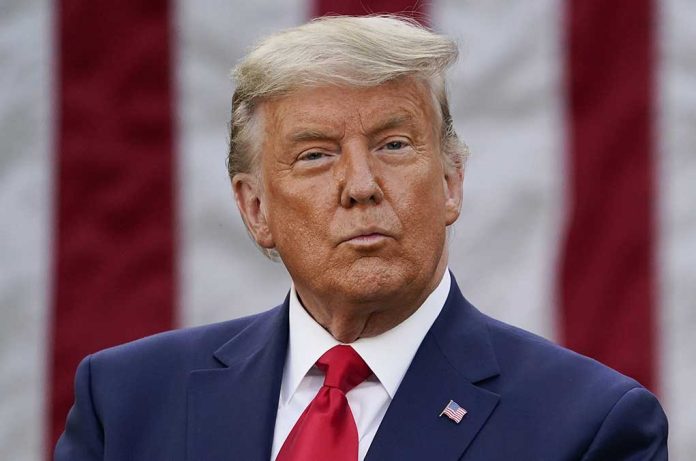 (USNewsMag.com) – On October 2, former President Donald Trump filed a lawsuit in Florida against Twitter and its CEO Jack Dorsey. He accused the social media giant of violating his First Amendment right to free speech and claimed the company was censoring him. The lawsuit is going to be moving to another state after a ruling by a federal judge.

US District Judge Robert N. Scola Jr. issued a ruling on October 27 on a motion by Twitter to transfer the case from the Southern District of Florida to the Northern District of California. According to the company’s terms of service, all cases must be filed in California. When someone signs up for Twitter, they agree to that clause. Trump attorneys argued his status as a former president exempted him from the clause.

Scola disagreed with Trump. In the ruling, the judge stated his status as a former president doesn’t exclude him from the company’s terms of service.

A federal judge has ruled that Donald Trump's lawsuit against Twitter cannot go forward in Florida, ruling that "status as President of the United States does not exclude him from the requirements of the forum selection clause in Twitter's Terms of Service." pic.twitter.com/ZhxLJAx4JV

The decision mirrors that of another judge who moved the former president’s lawsuit against Google to California as well. He also has a case against Facebook. Trump is asking the court to force Twitter to fully restore his privileges on the website while the case winds through court. His lawsuits come months after the social media companies suspended him from their platforms, effectively silencing him in the public square.