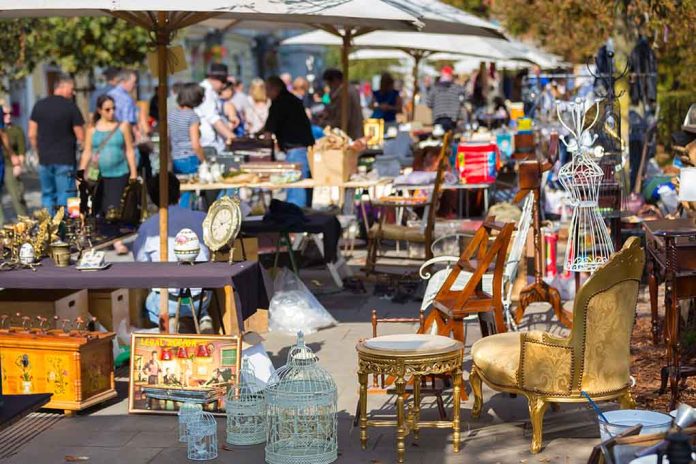 (USNewsMag.com) – America isn’t a stranger to gun violence. There are thousands of deaths related to firearms every year. However, the third weekend of May was especially deadly for the country.

On Sunday, May 15, thousands of patrons crowded the Sunny Flea Market in northern Houston, enjoying the day when gunshots rang out as two rival groups began shooting at one another. According to the Houston Chronicle, Harris County Sheriff Ed Gonzalez found two guns at the scene and said at least five people were involved. No innocent bystanders were hurt, but two people were killed and three others injured, all likely participants.

The injured victims were taken to the hospital. Officers believe one of the people in the hospital was one of the shooters. Two other suspects were detained by police at the scene.

Update 3: at this time, no charges have been filed against any of the surging victims in regard to the shooting. An un-injured person, Angel Flores-Lopez, has been charged with Tampering w Evidence for his role in the shooting. Investigators are asking anyone with info 1/2 https://t.co/YHLrS9aQht

Another shooting took place at the Irvine Taiwanese Presbyterian Church on Sunday, as well. Orange County Sheriff Don Barnes called the shooting a “politically motivated hate incident.” One person died and five others suffered injuries in the attack. The alleged shooter, David Chou, a Las Vegas man, traveled to the church because he was angry with the Taiwanese.

The California and Texas shootings took place a day after white supremacist Payton Gendron, 18, allegedly opened fire at a Tops Market in Buffalo, New York. Ten people died in the shooting, including a retired police officer. The shooter traveled from more than 200 miles away to carry out the attack.