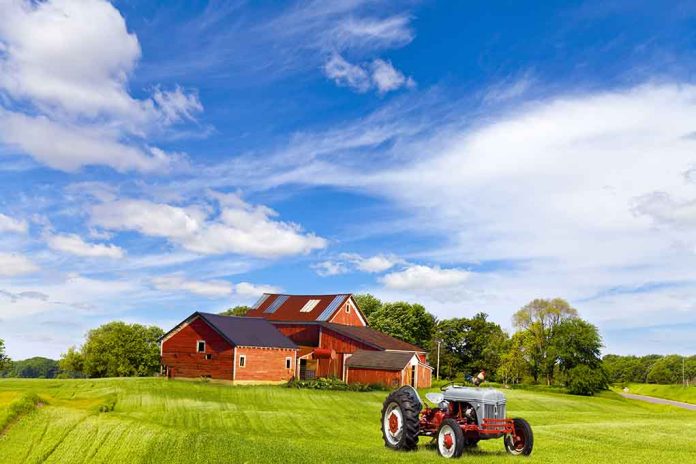 (USNewsMag.com) – Inflation has wrecked the nation, causing skyrocketing prices on everything from fuel to household commodities. While most people think of higher gas prices mainly affecting those who commute for work or school, the truth is they hurt multiple industries. One particularly hard-hit is farming, where diesel costs, combined with the war in Ukraine, could potentially lead to food shortages.

Farmers need many supplies in order to grow successful crops. Fertilizer for plants and diesel fuel to run the agricultural equipment — tractors, tillers, and seeders to name a few — are among the top necessities farmers need in order to plant, grow, and harvest food. With diesel fuel sitting at a near $6-per-gallon average, some are opting not to grow as much. According to John Boyd Jr, the president of the National Black Farmers Association, those in the industry “are feeling the pinch,” and “we are in a crisis in America as it relates to farmers.”

The Effect of the Russia-Ukraine War

One of the other factors leading to increased costs is the Russia-Ukraine war. The United States has levied heavy sanctions against the Kremlin and President Vladimir Putin for his country’s aggression toward Ukraine and President Volodymyr Zelenskyy. While many see this as a necessary action, there’s no denying the war has had a negative impact on the supply chain, especially considering Russia is the world’s largest fertilizer exporter.

Add in the fact the natural resources the US farmers rely on for their agricultural needs come from Russia, Ukraine, and Belarus, and not only are the supplies hard to come by, but the law of supply and demand has also led to cost increases of 50% or more — with no end in sight. In fact, Purdue’s Ag Economy Barometer reveals that 44% of farmers list high production costs among their chief worries.

All one has to do is look at grocery stores today to see prices are seemingly higher today than they were just a few months ago. This is because the increased costs the farmers take on get passed on to supermarkets and retailers, which results in higher-than-normal grocery bills. At a time when energy and fuel costs are already up, the extra spending hits shoppers hard.

Many analysts are saying it will be a while before gas prices come down, which isn’t good for the agricultural community. Boyd stressed it’s important for President Joe Biden’s Administration to take the necessary steps to prioritize the industry, even over those of a doctor or lawyer. He said those might not be daily services one needs, but they always need farmers and food. Americans have been hit hard nearly everywhere, a food shortage will only add to these troubles.