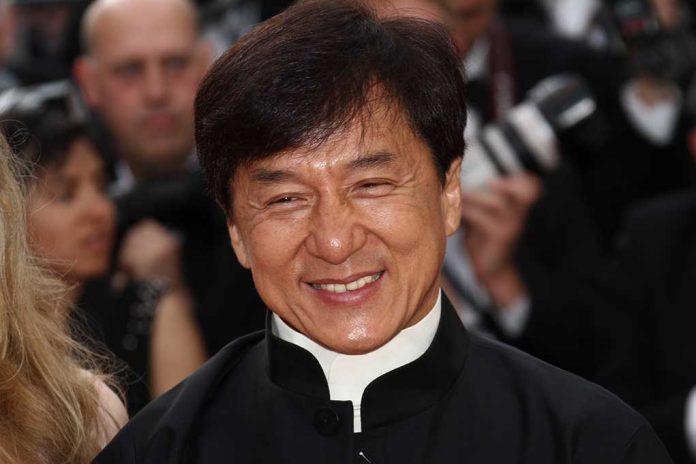 (USNewsMag.com) – The 2022 Beijing Winter Olympics kicked off on February 4, despite the boycott against the games. As usual, the Olympic torch relay took place in the days before the opening ceremony and this time, it involved a famous actor.

On Thursday, February 3, actor Jackie Chan participated in the relay. The actor, who is originally from Hong Kong, along with Chinese Olympic medalists, Wu Jingyu and Ma Long, were atop the Great Wall of China with the torch. The actor is known for his support of the Chinese government and in a press release for the ceremony, the communists used his given name to identify him, Chen Gangsheng.

Chan spoke to reporters about the ceremony. He said he’d woken up at 4 a.m. for his fourth Olympics. “I’m very happy. I’m also cold!” he told the press.

Table tennis legend Ma Long of 🇨🇳 and movie star Jackie Chan were the eye-catchers as the Olympic Torch Relay continued its journey, building up to the much-awaited Opening Ceremony. 🔥#Beijing2022 | #Olympics pic.twitter.com/OiyO7lJKlW

The Olympics are incredibly controversial this year. President Joe Biden issued a diplomatic boycott of the games, meaning no American official will be in attendance. Republicans wanted a complete boycott, including not allowing our athletes to play. The Democratic president stopped short of that action. The anger is the result of the ongoing genocide and torture of the Uyghur Muslims. The Chinese government has reportedly forced the minorities to work in labor camps, but denies the allegations against it.

The Winter Olympics will air through February 20.