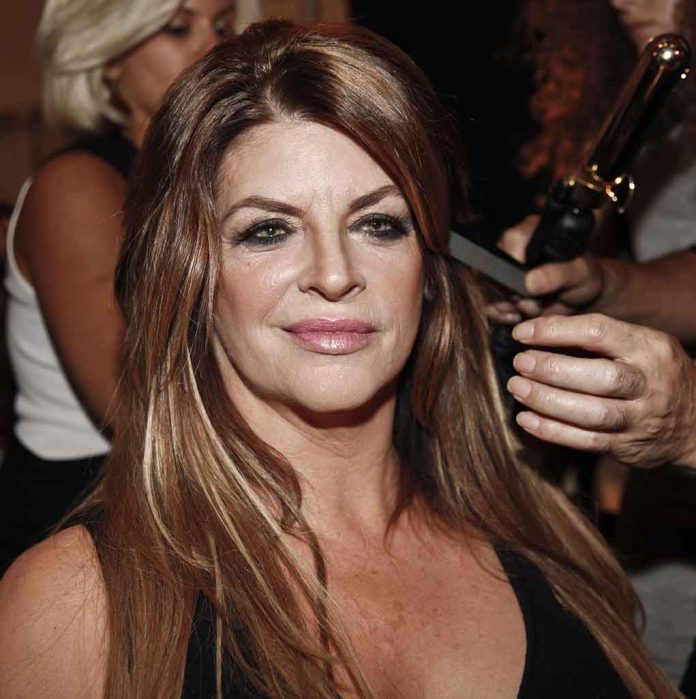 (USNewsMag.com) – Famed Emmy-winning actress Kirstie Alley tragically passed away on Monday at the age of 71. Kirstie’s rep recently confirmed that she passed away from colon cancer, but according to her children, the silent battle was a recent development.

The statement, published on the actress’s own Twitter account, revealed that while only “recently discovered,” Alley was “surrounded by her closest family and fought with great strength.” She was receiving care at the Moffitt Cancer Center in Tampa, Florida.

Kirstie Alley made quite a name for herself both on and off-screen. Aside from being an “amazing mother and grandmother,” she won her first Golden Globe and an Emmy for the Boston-based series “Cheers” in 1991, which catapulted her to fame. She received her second Emmy award for her main role as Sally Goodson in 1994’s “David’s Mother.” Alley went on to participate in multiple television and reality shows, including launching her own TV series in 2010 chronicling her own personal life.

Less popular were her political leanings, which interestingly pitted her against the mainstream among Hollywood celebrities. Despite having voted for President Barack Obama twice, she rejected “woke” progressive politics. While many celebrities used their platforms to voice support and to pressure followers to vote for Democratic candidates, Alley did an about-face and was a staunch critic of both Hillary Clinton and Joe Biden. She became an outspoken Republican and Donald Trump supporter for both the 2016 and 2020 elections. Back in 2020, Kirstie tweeted support for both Trump and the supporters, saying she was “proud to stand” beside them.

I want to say something to all Trump supporters. You are tenacious courageous and fun. You don’t give up. You have done your best to support your candidate and you have WORKED so hard to help @realDonaldTrump I’m proud to stand beside you. Win or lose, I’m grateful for U🇺🇸🙏🏼

Like many Trump supporters, she was attacked and faced intense vitriol from former friends, acquaintances, and even fans on social media. In an interview with Fox News’ Tucker Carlson on Tucker Carlson Today in May 2021, she said she was “blackballed” by Hollywood celebrities and producers for not keeping her political opinions to herself. Granted, this wouldn’t have been an issue had she sounded off in support of Democratic candidates.

The former president paid tribute to the actress on Truth Social, saying Kirstie was “a great person who truly loved the USA,” and that “she will be missed!!!”

If there’s anything Kirstie’s legacy reveals, it is that being a free-thinking celebrity grows more and more difficult as time passes and as people continue to pursue their own echo chambers. She withstood the test of time by being her true, authentic self, despite what anyone else would think of her. And at the end of it all, she still counted on the support of those that truly mattered to her.