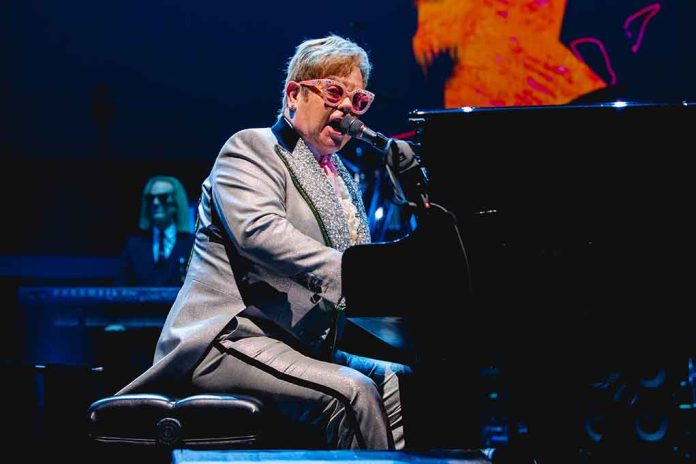 (USNewsMag.com) – Elton John is one of the biggest musical icons in the world. The singer has also made a name for himself in the humanitarian world. Recently, he flew to Washington, DC, for a very special performance.

On Friday, September 23, Elton John returned to the White House for the first time since 1998, when former President Bill Clinton was in office. At the event in the ‘90s, he attended a state dinner that honored former British Prime Minister Tony Blair. This time, President Joe Biden invited him to perform at the administration’s “A Night When Hope and History Rhyme.”

The event was to honor teachers, frontline workers, and students. Former First Lady Laura Bush, Malala Yousafzai, LGBTQ+ activists, and others were in attendance. Jeanne White-Ginder was also there; her son Ryan White was the first to openly attend school with AIDS.

Elton John was brought to tears. The president gave him the medal for his tireless activism over the years for the AIDS crisis and the LGBTQ+ community. John said he would “treasure” the award and that he’s going to double his efforts to find a cure for the disease.