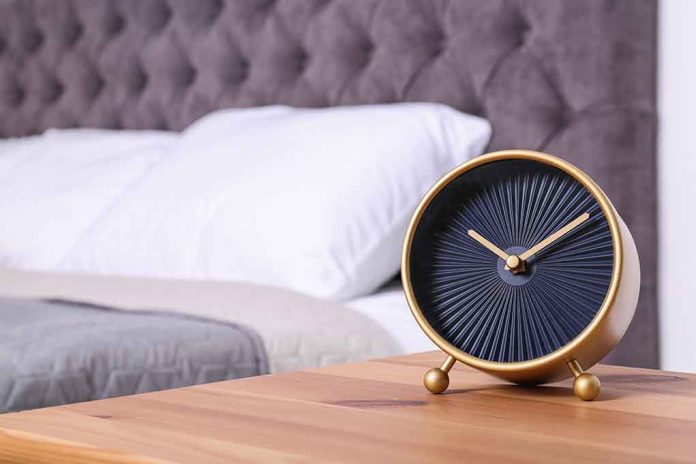 (USNewsMag.com) – Elon Musk bought Twitter earlier this year and claimed he was going to make the platform a haven for free speech. It seems the world’s richest man goes to bed every night with a whole lot of freedom in his room. That’s right, the billionaire recently revealed what he treasures nearby when he sleeps every night.

On November 28, Musk tweeted a photo of his bedside table. On top of the piece of furniture were two guns, one of which was in a box that held a photo of President George Washington. The table also held four cans of caffeine-free Diet Coke, a gold object, and a glass of clear liquid of some sort.

It’s worth noting the world’s wealthiest man also had a lot of rings on the table from his drinks — just like many Americans.

There is no excuse for my lack of coasters

According to the New York Post, the gun in the case with the picture of the first president is a replica of his flintlock pistol. The other gun is another replica. It’s a .357 revolver from the “Deus Ex: Human Revolution” game. The gold object is apparently a Vajra Dorje, a Tibetan Buddhist meditation amulet.

What do you think about the contents of Musk’s bedside table?