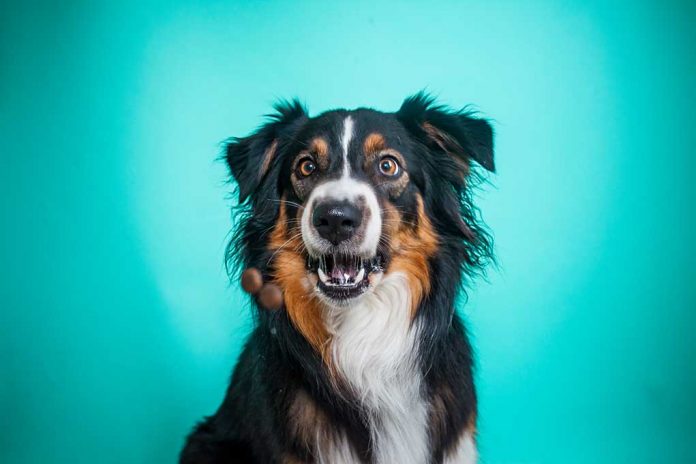 (USNewsMag.com) – Dogs are incredible animals. They can learn all sorts of amazing tricks and even help people with disabilities navigate their way through life. Recently, a TikTok creator named Mary (@my_aussie_gal) shared a video of her dog doing something particularly cool.

Mary’s dog, Secret, has racked up tens of millions of views because of its ability to paint. One video shows the dog picking out paint colors, putting a brush in its mouth, and painting a flower.

The Australian Shepherd is seen doing a number of other cool activities like practicing yoga, making a TikTok video, and being absolutely adorable. Secret isn’t the only awesome canine on TikTok.

Dexter, a 6-year-old Brittany Shepard, is also TikTok famous. The three-legged dog learned how to walk like a human after being hit by a van when he was a puppy. His owner, Kentee Pasek, told TeamDogs he didn’t know if Dexter would survive the 45-minute ride to his vet, but he did. Six years later he’s thriving.

Studies have repeatedly proven dogs are incredibly smart animals. In the animal world, they are geniuses, but not quite as intelligent as humans. Although it may seem as though your dog is smarter than your coworker, they probably aren’t. Dexter and Secret sure are fun to watch, though.