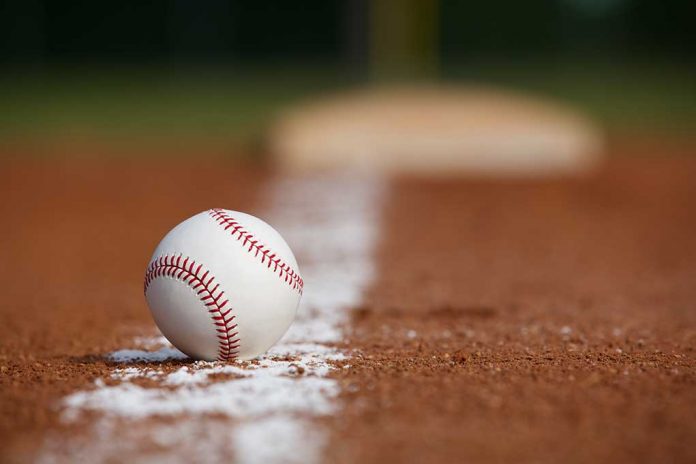 (USNewsMag.com) – It’s common for sports franchises to reach out to their fans. We’ve seen them add cancer awareness ribbons, social justice messages and other things to their uniforms. Recently, the LA Dodgers tried to show appreciation to its Latino/a fans, but it didn’t go over so well with everyone.

On August 19, the Dodgers unveiled its Nike City Connect uniforms. The team reportedly created the new outfit to honor the city they represent and the fact that it’s the home to the country’s largest Latino population. “Los Dodgers” is scrawled across the front of the blue shirt. The problem is the Hispanic community has referred to the team as “Los Doyers” not “Los Dodgers.” The team even holds the patent trademark for the name, so why wouldn’t it have added it to the uniform if they truly wanted to celebrate the team?

City connect dodger uniform is a huge fail. All blue home uniform, baggy pants, and a hat that looks like something I wouldn’t buy for $5 at a swap meet. Not to mention the border line appropriation issue of Los Dodgers Vs Los Doyers… @Nike @Dodgers @MLB @espn #cityconnect https://t.co/UQZwAXQpJX

Fans sounded off about the new uniforms on Twitter. One woman said she believes the team missed the mark because it failed to celebrate its fans.

Nike missed the mark, imho. If celebrating “Multicultural diversity” is the concept, then “Dodgertown” or heck, even “Dodger Nation” would more universally represent Japanese, Korean, Filipino, African-American, as well as Hispanic fans.
Just my opinion. ✌🏼🖖🏼

Others pointed out the team could have been creative if it would have truly wanted to honor supporters instead of just adding “Los” in front of the name.

The uniforms are going to be around for quite some time. However, time will tell if it truly paid off with an increase in sales or if fans are going to thumb their noses at any merchandising attempts.