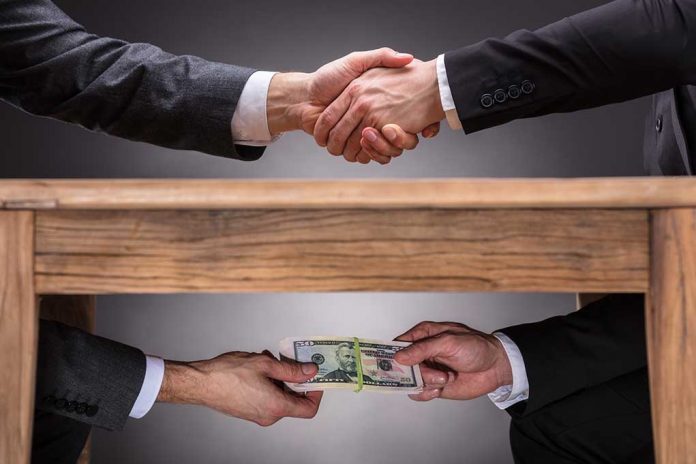 (USNewsMag.com) – Congressman Matt Gaetz (R-FL) has been fighting allegations that he had an inappropriate sexual relationship with a minor. The DOJ allegedly opened an investigation into the accusations in 2020, but the representative denies any wrongdoing. A few months ago, he even said someone was trying to extort his family over the debacle, and now authorities have taken that man into custody.

On August 31, the US Attorney’s Office for the Northern District of Florida announced the indictment of 62-year-old Stephen M. Alford. The developer is facing fraud charges after trying to extort Don Gaetz, the congressman’s father. The suspect told the elder Gaetz he would guarantee a presidential pardon for his son if he received $25 million.

According to reports, the elder Gaetz wore a wire to meetings with the man to help the FBI catch him in the act.

Rep. Gaetz celebrated Alford’s arrest on Twitter. He said he was “proven right” and also believes the suspect wasn’t working alone. The congressman claims the developer had help from people who have strong ties to the federal government. He and his father have both said former federal prosecutor David McGee is behind it all — a claim McGee steadfastly denies.

.@dcexaminer ran this story when other outlets refused.

They tried to extort me on a pile of lies.

Alford wasn’t acting alone – he had help from people with strong ties to the federal government.

There is much more to this attempt to destroy me. https://t.co/sEwDPdrTSK

The recent indictment isn’t the first time Alford has been in trouble for fraud. He’s currently on probation after being convicted in a land fraud case. If a jury finds him guilty in the Gaetz case, he’s facing up to 25 years in prison.