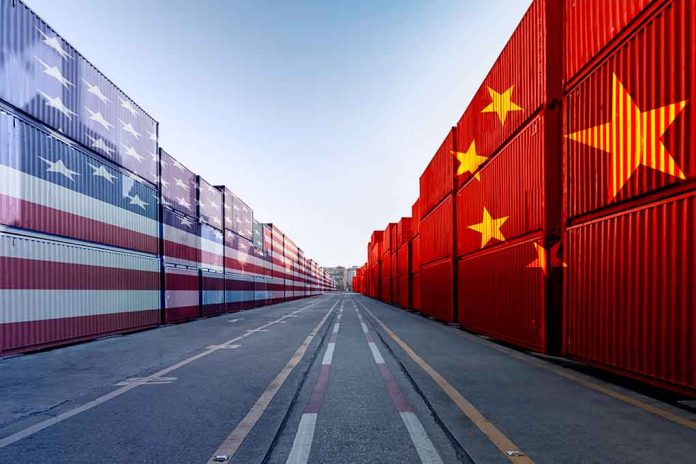 (USNewsMag.com) – At a press conference discussing a project to restore Florida’s everglades, Governor Ron DeSantis confirmed his desire to ban the Chinese Communist Party from purchasing farmland, land near military bases, or residential properties in his state.

In further explaining his goal, DeSantis referred to “hostile nations” and said that the CCP had had a “very insidious” influence on our society.

In 2021, DeSantis signed a bill to combat the “theft of Florida’s Intellectual Property” by foreign countries. While acknowledging China is not the foreign entity “working to infiltrate our state and nation,” he focused primarily on the CCP in his statement about the bill. The aim of HB 7017 and HB 1523 was to safeguard Florida’s schools, government, and companies against foreign influence and corporate espionage.

The following year the Governor signed an executive order which barred government entities from “procuring or utilizing” information or technology services created or provided by the CCP or CCP-linked companies. At the time of that signing, DeSantis raised concerns about foreign countries purchasing “sensitive land” near military bases amidst suspicion that proximity could allow for surveillance and insight into US military capabilities and operations.

According to a statement, as of 2019, 5.8% of privately owned agriculture land in Florida belonged to foreign investors, making it the state with the fifth highest percentage of foreign-owned land in the country.

Gov. DeSantis said on Tuesday, January 10, 2023, that he believes the Florida Legislature “has an appetite” to restrict the influence of President Xi Jinping further. While his previous acts as Governor aimed to tackle some issues of China’s influence, he indicated that the legislature would have to find a way to better “police” neutral holding companies which help the CCP evade bans on Chinese property ownership. He also indicated that he hopes to ban the Chinese Communist Party from funding research at universities in his state.

While his goal is to protect Floridians, he encouraged the “disentangling from China” nationwide.